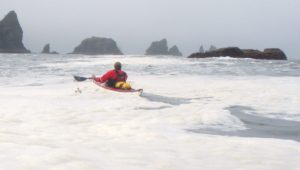 With a New Year already underway, I thought it would be a good idea to give you an update on where the Ikkatsu Project has been, where it is going, and the role that Kokatat has played in making it all work out. 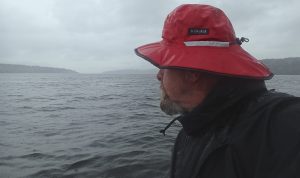 2016 was another active year for the Ikkatsu Project, with some amazing programs and opportunities along the way. The Freshwater Microplastics Testing Program that worked with Middle School students in the Puyallup River watershed was a groundbreaking success and will continue on into 2017. Several short films were released that detailed different aspects of Ikkatsu’s work and a trailer for the upcoming Roadless Coast film was posted online.

In addition to all of this, I was invited to make presentations about marine plastics at several conferences (Salish Sea, North American Association of Environmental Educators, Puget Sound Science Symposium, etc.), as well as meet with every member of the Washington delegation to the US Congress to work in favor of legislation that will benefit the health of Puget Sound and other Northwest waters. Beach cleanups were a monthly event throughout the year and served to get more people interested and involved in raising awareness about the issue of plastic in the ocean. Expeditions included a return to Washington’s Olympic Coast to survey some of the same beaches that we examined on the first Ikkatsu trip in 2012, as well as shorter trips to offshore and estuarine islands to catalog marine debris on remote shorelines. 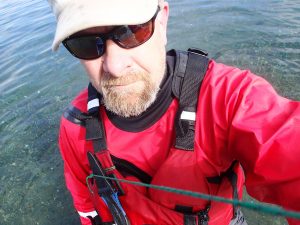 In the upcoming year, I’ll be going back to Washington, DC, to continue efforts to improve the health of the oceans, organizing the second Tacoma Shoreline Survey and putting together a 4-week trip to Southeast Alaska that will transit remote beaches and document plastic debris in places that rarely see human visitors. The film, “Message in a Plastic Bottle,” has been accepted to both the Waterwalker Film Festival and the Reel Paddling Film Festival, putting the issue directly in the public eye and showing how paddlers can make a difference in the drive for a better planet.

Kokatat has been a valued partner in all of these efforts and will continue to be an essential part of what is scheduled for the year to come. I use the gear you have provided almost every day, whether it is the expedition drysuit, goretex paddling pants, launch socks, pogies, mukluks, or fleece under layers. I depend on Kokatat as a reliable source of great gear that performs as advertised in trying situations, providing comfort and safety with an extraordinary peace of mind. Thank you for making such a superb product and for helping the Ikkatsu Project raise awareness around marine issues crucial to the future of our world.

I look forward to working with you in 2017. If there is anything I can do or any questions I can answer, feel free to contact me at any time. Happy New Year!