Dinner and a Show

Update: The Battle of the Bag 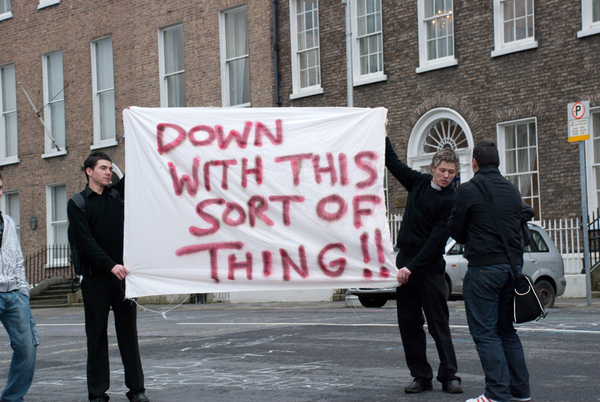 “It is impossible for a man to learn what he thinks he already knows.”
Epictetus

In the short but active history of online comment boards, it is safe to say that no one has ever changed anyone’s mind about anything at any time by witty responses in online spaces. Ad hominem or reasoned argument: it makes no difference. The medium is not compatible with the task of persuasion.

I don’t read the comments at the end of online news stories, or I try not to, anyway. When it’s an issue like the Bring-Your-Own-Bag Initiative, however, I like to see what the rest of the people have to say. The initiative has been a long time coming, but it has gotten out of committee and made it through a study session last week and is now making its way through the pinball machine of Tacoma City government as we speak. The articles that the issue has generated in the media have been characteristically bland, but the comments have been anything but. It’s a democratic forum, or it is supposed to be. Then again, trolls will troll.

We’ll see what happens. So many other communities have made the move to eliminate plastic shopping bags and it has turned out to be a non-issue now for all of them. Those loud, shrill cries of government overreach and economic doom have turned quiet in the places where this decision has already been made. Getting rid of these unnecessary bags, it turns out, is not such a big f’ing deal after all. It seems that it has all turned out to be much ado about less than nothing. I hope that we here in T-town will have the chance to experience that same anticlimactic feeling too. Soon.

» journal » Update: The Battle of the Bag