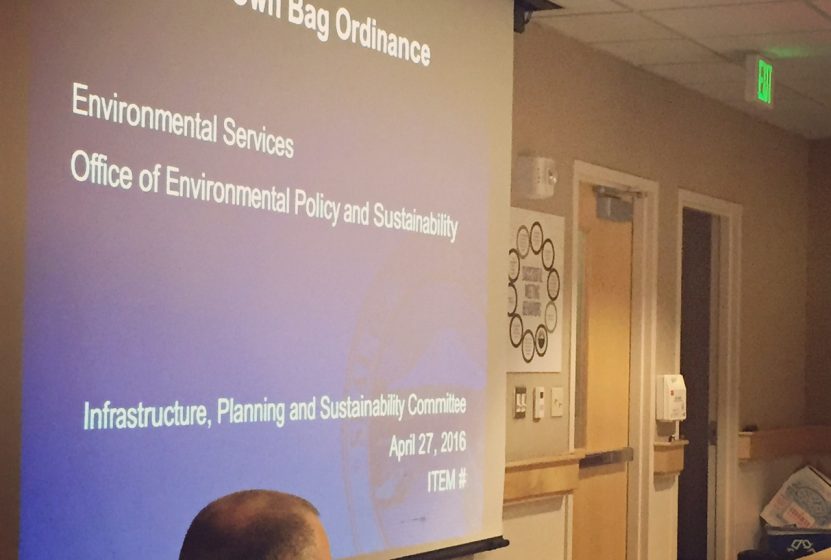 “Circle back.” It’s a phrase I only started hearing about a year ago. It’s especially popular in the political realm, where aides promise to circle back to you with that information or when you tell someone you’ll circle back with the details of that meeting. It conjures up a vision of completion, of dependability, neither of which describe what the Ikkatsu Project has been up to lately. Even so, I will attempt to circle back now and get up to date.

Last Wednesday, I went to the Infrastructure, Planning and Sustainability Committee meeting where the topic of discussion was plastic bags. Again. (Officially, it’s the Tacoma – Bring Your Own Bag ordinance.) Big difference this time was that the committee voted to advance the measure to the full council for a vote, something that has seemed so close so many times before, and yet never happened. So there’s that, and a huge thanks to Councilmembers Anders Ibsen, Ryan Mello and Keith Blocker for their support. This is a move that Tacoma should have made a long time ago and after the powerful citizen-led environmental victory in the Great Methanol Debacle of 2016, it should be clear to most of the other members of the council which way the wind is blowing.

After a brief and very late comment to the committee to the effect that they should pass the bag measure, I drove through the anthill of Tacoma I5 traffic and down to Olympia, for a presentation and showing of Message in a Plastic Bottle at the monthly meeting of Surfrider, Capitol chapter. Great group, awesome time. Thanks! 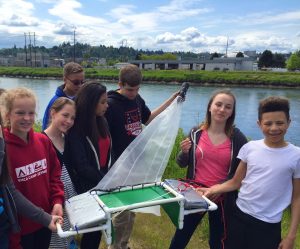 And I’m finishing up the first round of field studies as part of the program I’m piloting with the Foss Waterway Seaport, working with middle schools all over the Puyallup Watershed to test for plastics in their local rivers and streams. It’s been a lot of work but rewarding, and worth it just to get another opportunity to talk to the next generation about the planet they will inherit.

And, while we’re circling back and all, I’m planning a trip this summer on the Washington coast, a return to some of the places we visited on that first Ikkatsu trip in 2012, along with some other spots we weren’t able to visit because of difficult conditions. It isn’t a survey trip, although there will likely be some kind of report on the items we find; it’s just been a while since I’ve been out that way and I’m looking forward to seeing what changes have come, if any.

That’s it for now. I’ll circle back later.