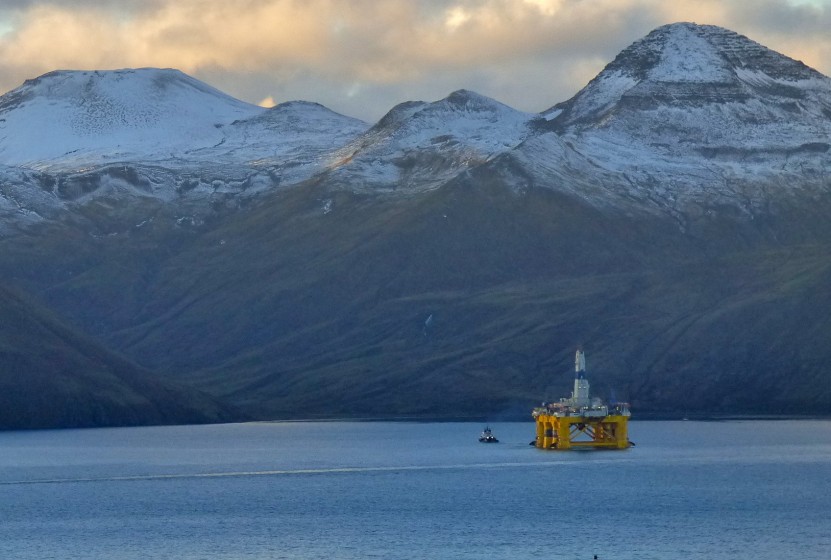 Actually, I’m not sure if it’s gone yet, but it is most definitely going. The Arctic drilling rig, the Polar Pioneer, that has been hanging out in the Port Angeles harbor since its unproductive trip to the northern latitudes this summer, is on its way to Europe. It’s been welded to a 902-foot semi-submersible heavy-lift ship that will take the massive platform to Norway by following the coast all the way down the Americas. Down to the Strait of Magellan at the tip, and from there it will cross the Atlantic, then working north once more. 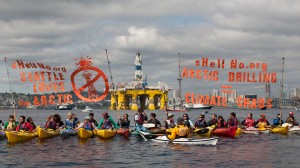 It’s good to see it go. I hope, when it arrives in Norway, the people there will give it the same treatment that it got when it was in Seattle this spring and summer. I can’t think of any more appropriate icon for the greed and environmental shortsightedness that is the fossil fuel industry than this hulking waste of good engineering. And it’s a reminder that even though the industry is not the power it once was and the prices for its products are falling fast, it’s still an extremely powerful force, not to be taken lightly.

Two quick random thoughts on reading about the upcoming trip: The first is that, even though I do not have any great affection for the Polar Pioneer, I envy its voyage. What a trip that will be! Down the Central American coast, jungles and islands and warm waters and the great ports of South America. Around the Horn! The absolute tip of the continent and a sailor’s point of pride since the golden age of sial. Then up from there, but it’s all up from there. And to end the trip in Norway, among fjords and inland waterways with mountains close enough to touch. Whales offshore and reindeer in the highlands. Yeah, I am envious.

My second random thought is that this whole Washington-to-Norway shuttle will be a whole lot easier once we get done melting those inconvenient polar ice caps.