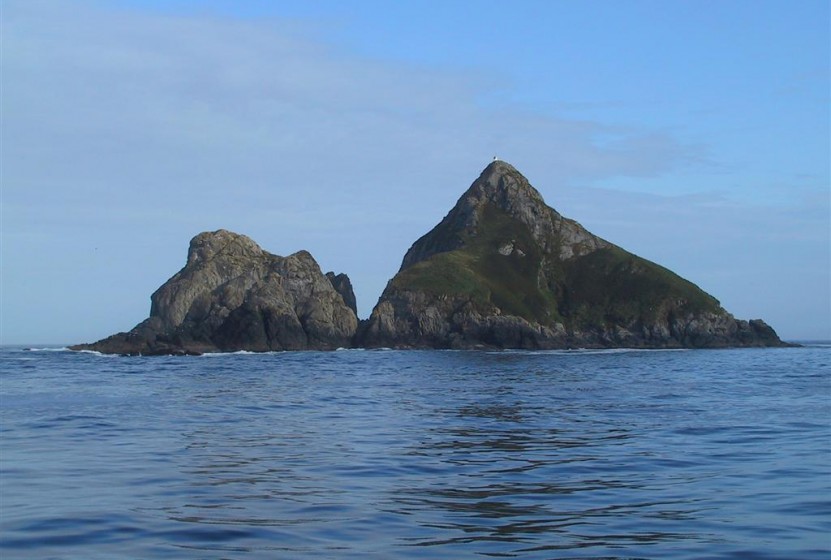 It hasn’t started to get light outside yet, but the December sky will be turning from black to gray soon. (It’s what passes for a “sunrise” at this time of year.) This is the first full day of winter, when the pendulum of the seasons begins its swing in the other direction. The days are getting longer – even if the progress is almost imperceptible at first – and all the promises that come with a new year seem so inevitable, if only for a while.

Every now and then I check the weather for Solander Island. Fifteen years ago, I did a 10-day trip around the Brooks Peninsula, off the northwest coast of Vancouver Island, and the most difficult portion of the route was there at Solander. It was a late-fall trip, right on the edge of the calendar for kayakers, and we were pinned down by wind more than half the time. Our progress came during the brief weather windows, where we’d make up for spending two or three stormy days on some wilderness beach by covering 30 or 40 miles in a single day of low seas and favorable breezes.

Solander Island sits just off the tip of the Brooks Peninsula and its positioning ensures that it catches every storm that moves through the area. The winds reported by the weather station there on the island are still some of the most impressive I’ve heard. I remember sitting in a tent pitched at the highest edge of a beach just a few miles away from Solander, protected by the short bluff that separated the beach from the forest above, black bear patrolling the tidal area below me, rain falling hard and the roar of the wind in the trees overhead… I remember listening to that weather report, “… Wind southwest, 60 knots. Decreasing to 40 knots this afternoon,” and thinking to myself, “Well, at least it sounds better than yesterday.” It’s that kind of a place.

But it does have its bluebird days, even in the middle of winter. Last winter looked like it was an easy one up that way, at least from the standpoint of storms rolling through. And today, with a temperature of 38 degrees, wind out of the northwest at 4 knots and a rising barometer, Solander Island would be a great paddling experience. It looks like conditions there will be better than what we’re going to have in Puget Sound for the next 24 hours.

It’s a perfect weather window. And if I were trying to paddle around the tip of the Brooks in winter, I would definitely want to do it on a day like this one.