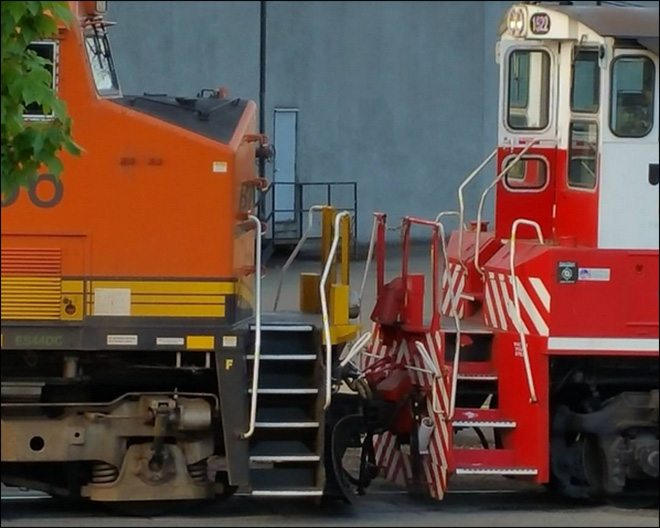 These are among the people who are saying that there’s no need to be concerned about oil trains. No need to worry that the increased traffic from multiple trains every day in the Puget Sound watershed might have any unintended down-side. What could go wrong, after all? These are professionals, they know what they’re doing and you should just leave them alone to do their jobs. Because America.

Except the trains can’t seem to stay on the tracks, at least not here in T-town. Today’s oops moment makes two collisions this week, with 4 cars going off the rails in this latest incident. They were not carrying oil, which is something to be thankful for. The ending, if they had been, could have been much different. At what point is it time to say, “Enough?” The rail system is not up for this. It could just be a bad week, but then we’re lucky it wasn’t like the bad week in Lac-Megantic, Quebec, last year where an oil train accident literally blew up a town and killed 47 people. If this is our bad week, then we are fortunate, but if the oil-by-rail juggernaut really gets rolling, we are undoubtedly headed for more bad weeks.

We have just begun the public comment period on the draft environmental impact statement for proposed new oil terminals in Gray’s Harbor County. If you want to be heard, now is the time.

» journal » Off the Tracks