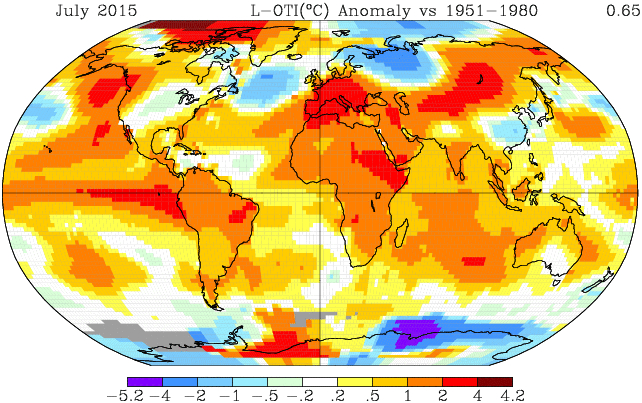 The latest from NASA shows that this past July was the hottest July ever. Furthermore, this makes it all but a done deal that 2015 will be the hottest year ever. Ever. It is expected to crush the previous high temperature record year, which happens to have been 2014. It was hot then, it’s hotter now. Which should give some idea of the way things are heading.

The Ikkatsu Project is most often involved in the realm of marine debris, plastics in the water, that sort of thing. But the heat is getting harder to ignore and the obvious implication is that everything is connected. The plastic in the water is part of a continuum of environmental disarray, and that includes things like ocean acidification, overfishing, oil and gas production problems and climate change.

These issues are all connected, just as each of us is connected to the planet itself. Just something to think about on a Friday morning.