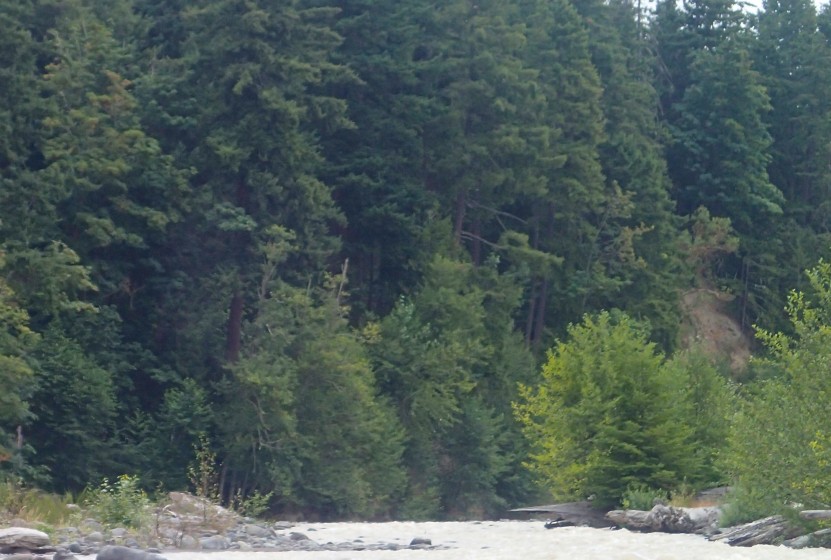 A river is the report card for its watershed.
– Alan Levere

This project, this up-close observation of a changing river, grew out of the realization that I didn’t know my watershed as well as I thought I did. I sit on a local environmental education committee and work on projects as a part of the Puyallup Watershed Initiative, but I don’t feel like I have a good understanding of the route of the river, or the wilderness, farms and communities that line its banks.

That’s the simple explanation for the idea to travel the length of the river, from its source on the western flanks of Mount Rainier to its confluence with Puget Sound. The distance is about 50 miles (although my route will be significantly longer), and although I don’t yet know the exact lessons the river has to teach me, I expect to come away from this adventure better informed about this part of my world. 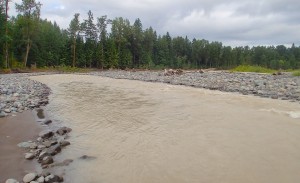 And this year, it’s going to be all about the water. Or, more precisely, the lack of water. Is the 5 percent snowpack level in the Cascades going to be the new normal that comes with climate change? What are the impacts going to be on farmers, climbers, salmon and those others who depend on the river? This is a story of receding glaciers, lower-than-average rainfall and summer temperatures that are continually breaking records.

I’ll be taking an up-close look at the river from its first drops off the glacier’s edge to the salt waters of the Sound. Traveling via mountain bike, on foot and by canoe, I plan on exploring the health of the river and the changes that this time of low water has brought with it.

I’ll be doing the upper portions of the route, up the west side of the mountain to the base of the Puyallup glacier, with Ned Randolph, former Rainier climbing guide and long-time friend. We’ll go from the glacier down the streams to the gorge – not exactly sure what to expect on that 4-mile portion – and through the braided strands near Lake Kapowsin.

For the lower section, I’ll be canoeing with John Inch, a Puyallup Valley farmer and environmental educator. We’ll explore a few of the river’s previous routes and see some of the areas that are changing already as we make our way downstream through some of the richest farmland in western Washington. After the bottom portion of the river, the tidewater miles of the lower Puyallup, we’ll finish the journey in Tacoma’s Commencement Bay. 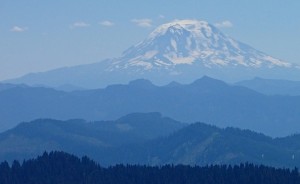 As has been the case on previous expeditions, science and data collection will be an integral part of the trip. I will be sampling for the ASC Microplastics Program in several locations on the way down river, as well as conducting stream surveys to document the amount of plastic waste that is present. Eighty percent of marine plastic debris comes from sources on land and much of that begins higher up in the watersheds. These efforts will help to raise awareness of some of the sources of plastic pollution and how we can begin to address the issue of our environmental footprint.

The story of climate change is built around water and the fate of rivers like the Puyallup is intertwined with our own. I am looking forward to the journey and to having the discussion about what comes next, trying to understand the twists and turns of future history. A river trip like this is a reminder of what we still have to learn about the world we live in and a how that life demands active participation.

The trip starts in three days. I have a lot to do.

» journal » When the Well Runs Dry