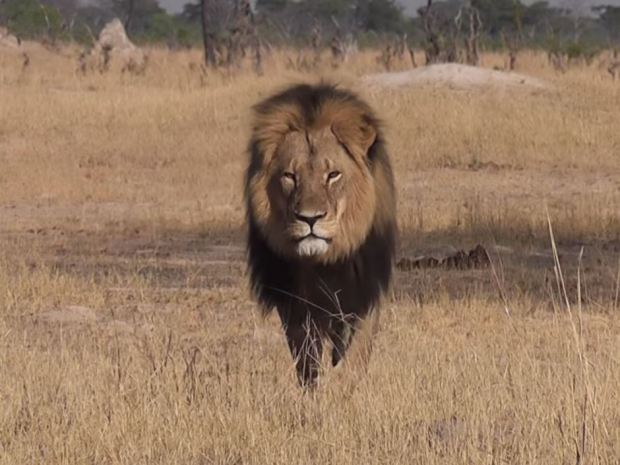 The news channels and the twitterverse are all aflutter at the moment over the killing of Cecil the lion. Cecil was a collared lion who lived inside a park in Zimbabwe who was lured out of the park in order to be shot with a bow and arrow. It will likely be a while before we get to the bottom of it all but the shitheel that did the deed has been identified as an American dentist who paid more than $50,000 for the privilege. Because Cecil was a well-known and greatly loved animal in Zimbabwe, his brutal killing has sent shock waves around the world.

There is a lot that can be said about the specifics of the case, but it’s the big picture that bothers me the most. Whether individual steps in the hunt were legal or not is an argument that pales in comparison to the really big issue here, which is: How is the hunting of lions even something that still happens? Are there really penises so small that these desperate hunts can somehow provide their owners badly needed extra mass? What is the nature of the prize that is conferred by taking a life and mounting the resulting corpse on some study wall in Minnesota? How is it that we still insist on being somehow apart from nature, even with all we have learned to this point?

Cecil was a majestic beast, even for a lion. It’s easy to see how people can be upset by such wanton and purposeless destruction.

I saw another story on the news yesterday about a study that warned about the collapse of worldwide fisheries by 2048. This study claims that, with all of the pressures being put on the world’s oceans, there will be no commercially viable stocks of fish left anywhere in another 30 years. Whether that ultimately comes to pass or not, it’s a commentary on our own values and attention spans that the story was buried deep in the news hour, well down the list of items covered.

After we hear about Donald Trump for a while, then the confederate flag, then Hillary’s emails or another story of police violence in some squalid village south of the Mason-Dixon line, then maybe we’ll have time for a couple minutes about the extinction of ocean life.

At my core, I am concerned about the long-term survival of a species that will pay a decent year’s salary to kill a large, furry animal but that can’t spare more than a few moments to lightly consider the end of aquatic life as we know it. I worry that we don’t deserve this place.