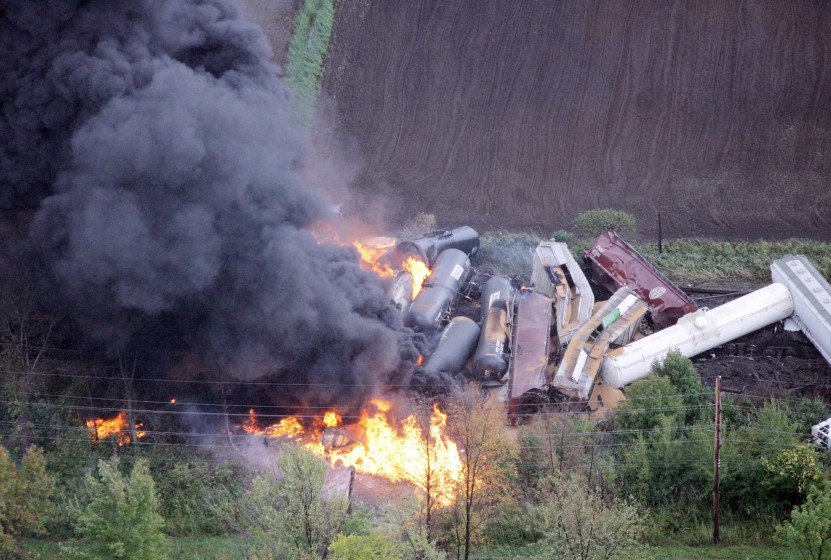 Lately, I’ve been doing a little work involving oil spill response training. When spills occur, as was the case last month in the waters west of Santa Barbara, wildlife is impacted and shorelines are fouled for miles. With the currents we have swirling through Puget Sound, oil in the water at a similar level would be hard to contain and the cleanup could cover many miles.

When we think of oil spills, we usually look at tankers. In the case of the Refugio spill, it was a ruptured pipeline that was responsible for the carnage. Here in Puget Sound, we have both of those concerns to think about, but a spill around here is just as likely to come from a derailed train as anything else. The oil train traffic is steadily increasing in the Sound as mile-long chains of oil cars are pulled along our shorelines almost constantly, ferrying dirty crude from the Dakotas and Wyoming to the coast, where it can be exported from giant terminals, more of which “need” to be built to handle the trade. 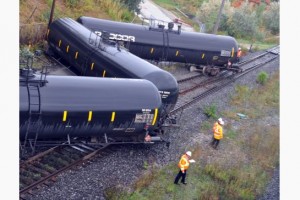 If there’s one thing we know now, it’s that trains don’t always stay on the tracks. And when these trains derail, fire, explosions and death are common, along with all the environmental degradation. First we were concerned about coal trains… still are concerned, I suppose, given all the havoc coal represents for any attempt to slow the pace of climate change… and now it is the oil business that is causing second thoughts. But there are other nasty things in those rail cars too, and we never hear about them until something goes awry either. Perhaps it would be good to ask if maybe it is transportation that is the issue.

Any claim of rail safety should be met with eye-rolling, snickers and winks. How many derailments do you get to have and still be allowed to call them “accidents?” They are not accidents; they are a predictable cost of doing business. And when they happen and buildings blow up, and people die in flames and the surrounding environment is poisoned for decades, the railroad toadies should not be allowed to use that word to describe what happened. If what happened last night, involving toxics used for making plastic, were to happen here in Puget Sound, the results would be horrifying. (It is horrifying right now to the thousands who have been evacuated from their homes in eastern Tennessee.)

The thing is, it will happen. If these constant derailments are part of the equation, which they are, then it is not a question of if it will happen here, it is simply a matter of when. It is statistically unavoidable. Any chatter about how tragic and unforeseen such a disaster is will be meaningless when it all happens. Such chatter is just as meaningless now.

» journal » Working on the Railroad