Big Noise in the Gallery

This and That, Here and There 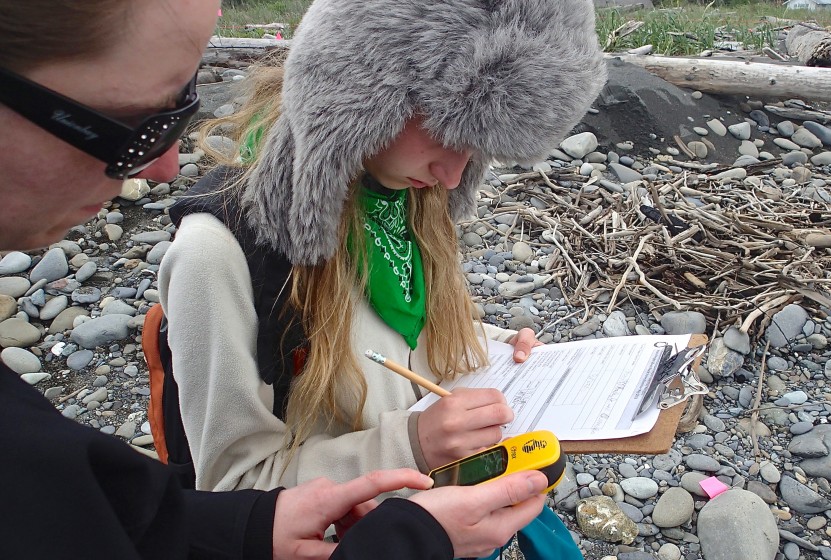 About a year ago, I was talking with one of the managers of the Olympic Coast National Marine Sanctuary. There are a couple beaches that we surveyed on the Roadless Coast expedition that I like to go back and visit periodically, to do follow-up counts as well as to clean up what I can. We were talking about these beaches and I asked him if there were any other spots that needed to be surveyed.

“We know what’s coming ashore,” he said in response. “We know where the most likely accumulation spots are and we know what types of things are getting washed up. We have plenty of data now to work off of and the real question is not about the types of debris or even why they come ashore where they do; the real question is how are we going to get it off of the beaches?”

I’ve been thinking about that lately, the idea that information is meant to shape action. The days of data-gathering are not over – there are plenty of ongoing studies that are crying out for more input – but once we have accumulated that data, it should lead to doing something. Captain Charles Moore, when he was here in Tacoma a few months ago said, “Science no longer has the luxury of impartiality. There is a moral component to science, whether scientists wish that wasn’t the case or not. When we know something, we need to use that knowledge to move society, and ourselves, forward.”

I’m working on a magazine article on the Shell rig that is docked in Seattle at the moment, and on the wider issue of drilling in the arctic. I’m thinking about the protesting paddlers, the “kayactivists,” that met the rig as it came into the bay, loudly and clearly voicing their opposition to having it in their waters. It is hard to know what effect the protest is having on the ongoing operation. Regardless, being a part of that action had an effect on the people who were there. We all know that offshore drilling in the arctic is a bad idea… we have the knowledge, or we can get it fairly easily. And it’s not just this issue. There are others that are similar. We don’t need to focus solely on gathering information; the time has come to figure out what we are going to use it for.