Report from the Wrack Line 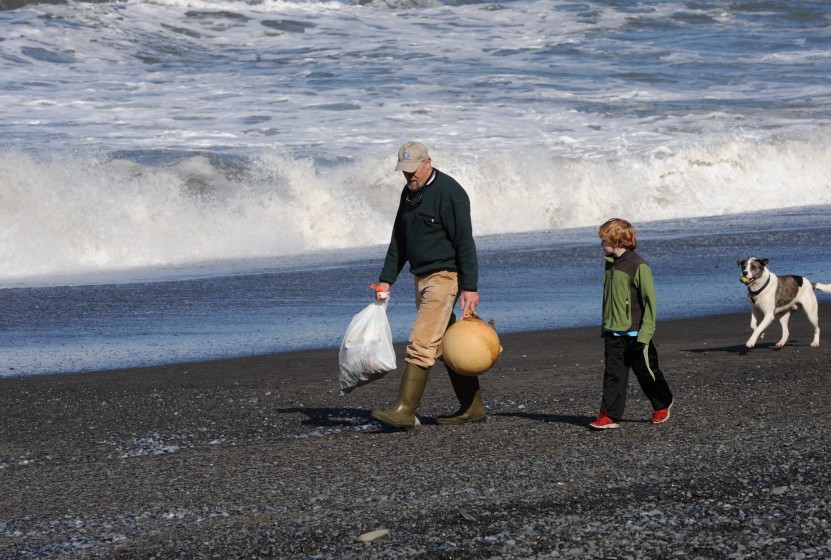 This last Saturday’s beach cleanup didn’t involve much heavy lifting. I’ve been to Rialto Beach before and hauled back all I could carry in less than a half-hour but the debris this time was sparse and spread out. It felt to me like maybe it had been cleaned up not long ago; the CoastSavers weekend is not the only scheduled event like it on the calendar, after all. I don’t feel like I did all that much this time but perhaps I should choose to see that as a good thing 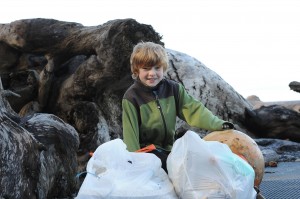 It was something of a media scrum as well, with radio and print represented, and a documentary crew out of Chicago who were shooting a film for the Lion’s Club, one of the organizations participating in the cleanup. (Thanks to Lonnie Archibold, of the Peninsula Daily News, for the photos used here, another of which was also used in Sunday’s paper.) It seems that, trash or no trash, this is a story. This is the first year it seemed that way to me, and I’ve been doing this for a while now. For the time being, I will choose to see this as a good thing too.

The big positive that I came away with was the incredible cross-section of people that I saw out there with bags in hand, all working together for this one simple goal. There were old and young, and everything in between. Giggling groups of high school girls, tattooed surfers and ladies from the Lion’s Club social circle, families and activists, natives from the Hoh and the Quiliute and Rotarians from Forks, all making up a diverse crowd that probably doesn’t agree about all that much. But we were all in agreement about the issue of trash in our oceans and on our beaches and the degree of solidarity that was shown among all the participants that I saw was heartening. There is no question that this is a good thing.

Next CoastSavers cleanup is in September.

» journal » Report from the Wrack Line