Scenes from the Studio

A Matter of Conscience 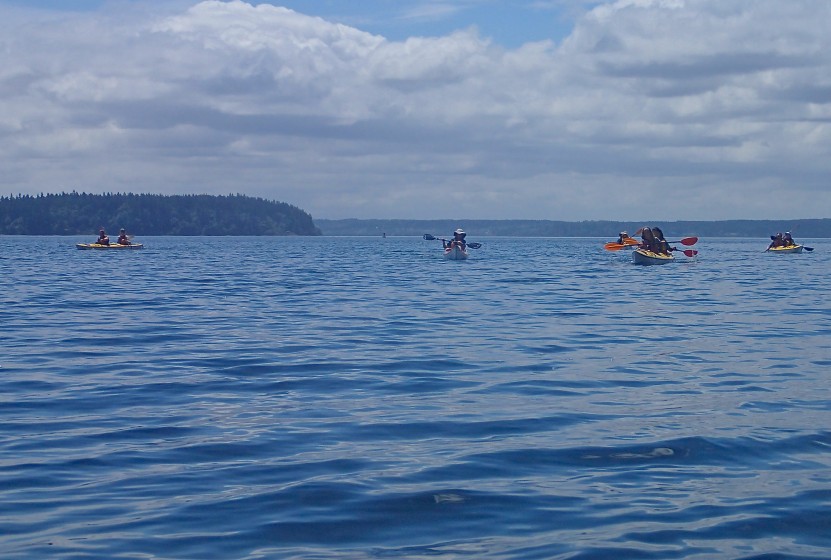 When I first started kayaking in Puget Sound, George Bush was President. The first George Bush, the one who actually spoke in complete sentences. It was 1990 and my first foray into local waters took me from Owen Beach to Gig Harbor, across the north end of the Tacoma Narrows. It was a pretty popular evening kayak trip in those days and since we ended at the Tides Tavern and then brought the participants back to their cars on the Tacoma side of the bridge, it made it a lot of fun for all involved. (It was plenty of work for the guides, however, but that is a different story.)

One of the common sights we used to get fairly often on that trip in those early days included Dall’s porpoises, sometimes in pods of fifteen or more individuals, black-and-white missiles that shot through the water around our boats and brought everyone to a standstill as they watched these master swimmers show off their amazing moves. It was almost certain that we’d see them back then; I haven’t seen a Dall’s porpoise in south Puget Sound for at least 20 years now. 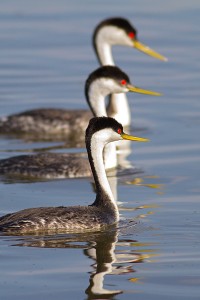 Remember the western grebe? They used to be all over the place too. Long-necked water birds in a mix of black, white and brown, popping up from the water here and there, sometimes with a fish in their beak and a surprised look in their eyes as they stared back at kayakers going by. I don’t remember the last time I saw one of them down this way. They are not extinct – in fact, their California populations are larger than ever – but it has been many years since I saw one around here. And we’re not talking about a species that was on the margins… western grebes used to number in the hundreds of thousands in Puget Sound; more than 90% of them have disappeared.

It may be pollution or a lack of forage fish needed to sustain them, rising water temperatures or changes in seawater acidity, but these two species are just the tip of the iceberg when it comes to habitat disruption and loss. And it raises a couple of points that need to be made crystal clear: first, did you notice they were gone? These are just two of the thousands of marine species that once frequented our local waters… there are others whose numbers are in steep decline as well. But does it matter to the people who live here? If it was important to us, what would we be doing that would show that it matters? Then again, if we don’t even notice the changes when they are happening, is it any surprise that we are not doing anything to address the situation?

It makes me think of something that Charles Moore had to say on his recent visit to Tacoma, and this is the second point: science no longer has the luxury of remaining value-free. To simply document the decline of species without advocating for their protection is something that science can not afford any more. The scientific process seems so value-neutral, and that is one of its appealing points, isn’t it? Just the facts, ma’am. But as science presents its pictures of reality that cannot be ignored, it seems arbitrary and disingenuous to not engage on an advocacy level, regardless of your purported dedication to facts. Indeed, it is the facts themselves that cry out for action.

I don’t know about the porpoises and the grebes… they may not be coming back. And then there are the sea stars and the shellfish, and the salmon, herring and orca… the list goes on. The changes in these populations are not adjustments or corrections that happen naturally over a long period of time in response to cycles inherent in the marine environment. If you argue that they are, then you are completely missing the out on the facts of the matter; if, on the other hand, you can see that these changes are actually happening, then the next item of business is to decide what your response is going to be.

» journal » A Matter of Conscience