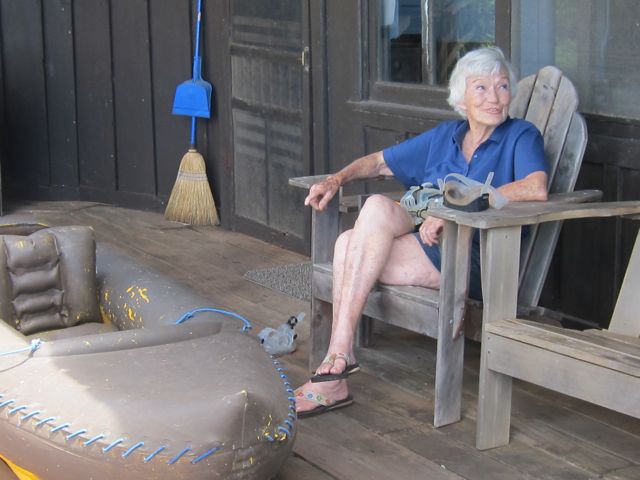 On February 23, 2015, Audrey Sutherland passed away at her home in Hawaii. She was 93 years old and had put together a paddling life unlike any other. From unsupported multi-day swims of some of Hawaii’s most rugged coastlines in the 1960’s to summers afloat in Southeast Alaska, her adventure resume commanded respect and showed what one person can do with unlimited determination. Her first book, “Paddling My Own Canoe,” is a record of those early trips in Hawaii, through hidden valleys and ancient ruins, white-sand beaches and star-spangled tropic nights that the tourists will never know.

I never met Audrey, but I got a card from her about ten years ago, not long after I wrote “Around the Rock,” about my circumnavigation of Newfoundland. She had never been farther east than Nova Scotia, but she had all sorts of questions for me about where to paddle, prevailing winds, nautical charts, and the other arcane facts that a Newfoundland paddler might want to know. She mentioned 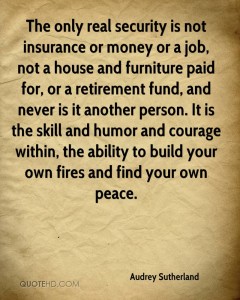 St. Brendan’s voyage, gave me the specs for her new inflatable kayak, bought in New Zealand, and told me a bit about her upcoming paddles she had planned for the summer in SE Alaska, her 25th consecutive year of Alaska wilderness kayaking. “Paddling North,” a collection of stories from her early Alaskan summers, came out a few years ago and gives as clear a look as any into the life and adventures of a quiet paddling icon.

When she wrote me that she had read my book twice, I felt about as proud as anyone could feel. Some approvals mean more than others and to get that kind of an attaboy from Audrey By-God Sutherland gave me a glow that lasted for a long, long time. (Reading her card again this morning, I still get that way.)

She always traveled solo, writing in her card to me that she felt safer when she was by herself. It was the journey that mattered to her and her ability to appreciate the world she was seeing was obviously enhanced by the fact that she wasn’t sharing the moment. I can respect that. “Go simple, go solo, go now,” was her mantra, basic rules that undoubtedly stood her well as she embarked on the ultimate solo journey that each of us are destined to take eventually. There will not be another like her. She will be missed.