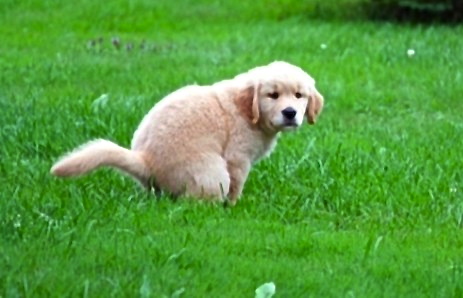 I was asked my opinion about dog poop last night. Normally, I must confess, I don’t give it much thought unless it’s on my shoe, but this particular question is a good one. To wit: “Is it better to allow your dog’s leavings to compost naturally where they lie or to bag up the stink-nuggets and put them in a trash can?” Which option is the most environmentally correct?

It’s a loaded question and the best answer is going to be a matter of choosing between the issues that you are trying to address. There are a lot of unknowns, for starters, and beginning from an unknown position is likely to lead to inaccurate conclusions, but that doesn’t mean nobody’s working on it. Here’s what we think we know: 1) There are approximately 200 tons of pet waste generated every day in the Puget Sound bioregion; 2) E coli and other forms of harmful bacteria are more prevalent in dog feces than in human waste, making pet waste an important public health issue; 3) when pet waste gets into the Sound in large amounts, the nutrients it contains can cause eutrophication, or oxygen starvation, in the area where it settles out, negatively impacting shellfish and other marine life.

The right answer from the standpoint of keeping the water healthier, at least in the short term, is to bag that turd and throw it in the garbage, keeping it away from the streams and creeks that lead into the Sound and thus protecting the ecosystem. While I support the idea of people cleaning up after their four-legged family members, if only because I am a huge proponent of keeping poop off of my shoes, the idea that we are going to somehow assist the environment by adding more plastic to the mix seems grossly counter-intuitive. Now, instead of Fido’s droppings possibly contributing to environmental degradation (there’s no way to know how much of that daily 200 tons actually gets to the Sound), we have added polymers to the mix, ensuring environmental issues hundreds of years after Fido has gone to that big, happy farm in the country.

The gotcha to this question of what to do with pet poop is the Hobson’s choice we are presented with. If we leave it where it lies we risk polluting our immediate surroundings and if we bag it and throw it away, we are ensuring plastic-related problems later. The simple reality is that 200 tons of shit a day is going to have an impact and to pretend that we can “solve” this reality while still keeping its producers in place seems unlikely. One thing that we should have learned by now is that there is no “Away,” and to say that a problem is solved simply because we have either geographically or temporally separated ourselves from its consequences is the same fallacy we’ve applied to a host of other issues.

I’m curious to see how it would affect the situation if there were some way to flush pet waste down the toilet. What if there were a bag that would degrade rapidly in the sewer system, that you could use to pick up the dung sculptures and then send them to the same facilities we already use to process human excrement? That would be a great idea. (As is the case with so many of my great ideas, someone else has already thought of this one.) Or, what if you used waxed paper or some other impervious but biodegradable method of collecting the offending doody, and then put that in the garbage? That might solve the short-term runoff issue while not contributing to a different form of pollution farther down the line.