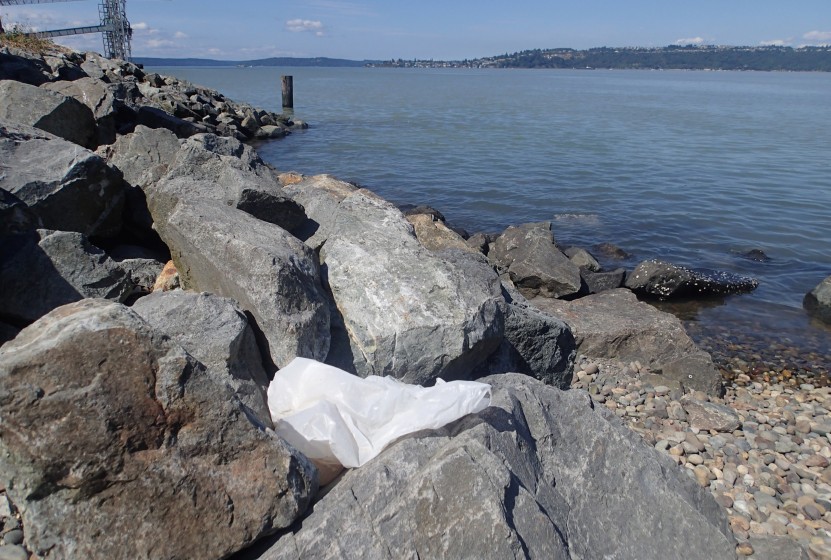 It has been a dry summer and fall around these parts, at least up until this week. The weather has made a shift to its winter self, and the rain is falling hard outside as I write this. With the amounts we’ve gotten so far, along with what’s coming in the next few days, it is getting to be time to go back for the second round of the Tacoma Shoreline Survey. Enough rain has fallen that the creeks and rivers should have had a chance to flush a lot of the debris they might have been storing through the dry season; that’s the stuff that I would expect to find on a second pass along the waterfront.

The first surveys were done back in August and it will be instructive to see how the new data is different from what was gathered back then. The hope is that this baseline set of surveys can help identify areas where cleanup is needed and be a resource for future shoreline studies. By actually putting numbers on the problem, by getting to a specific beach and actually counting the pieces of debris that are found within a certain area, the data accumulates to the point that it can sway the public conversation about things like single-use plastics. (That is the hope, in any case.)

I was surprised the first time through by the relative lack of natural shoreline remaining within the city limits. This time through, I’m planning on looking closely at the beaches that are still intact – mostly inside Point Defiance Park – but I’m also going to look a little more at the riprap shoreline in the Narrows and inside Commencement Bay. There may be more to see there than what I found before.

I’m planning on doing the section between Titlow Beach and Owen Beach on November 10th. If you’re interested in helping out on that section or on one of the others, send a comment, email, Facebook message, whatever.

Meanwhile, here’s a taste of some of that sweet Cascadian rain…