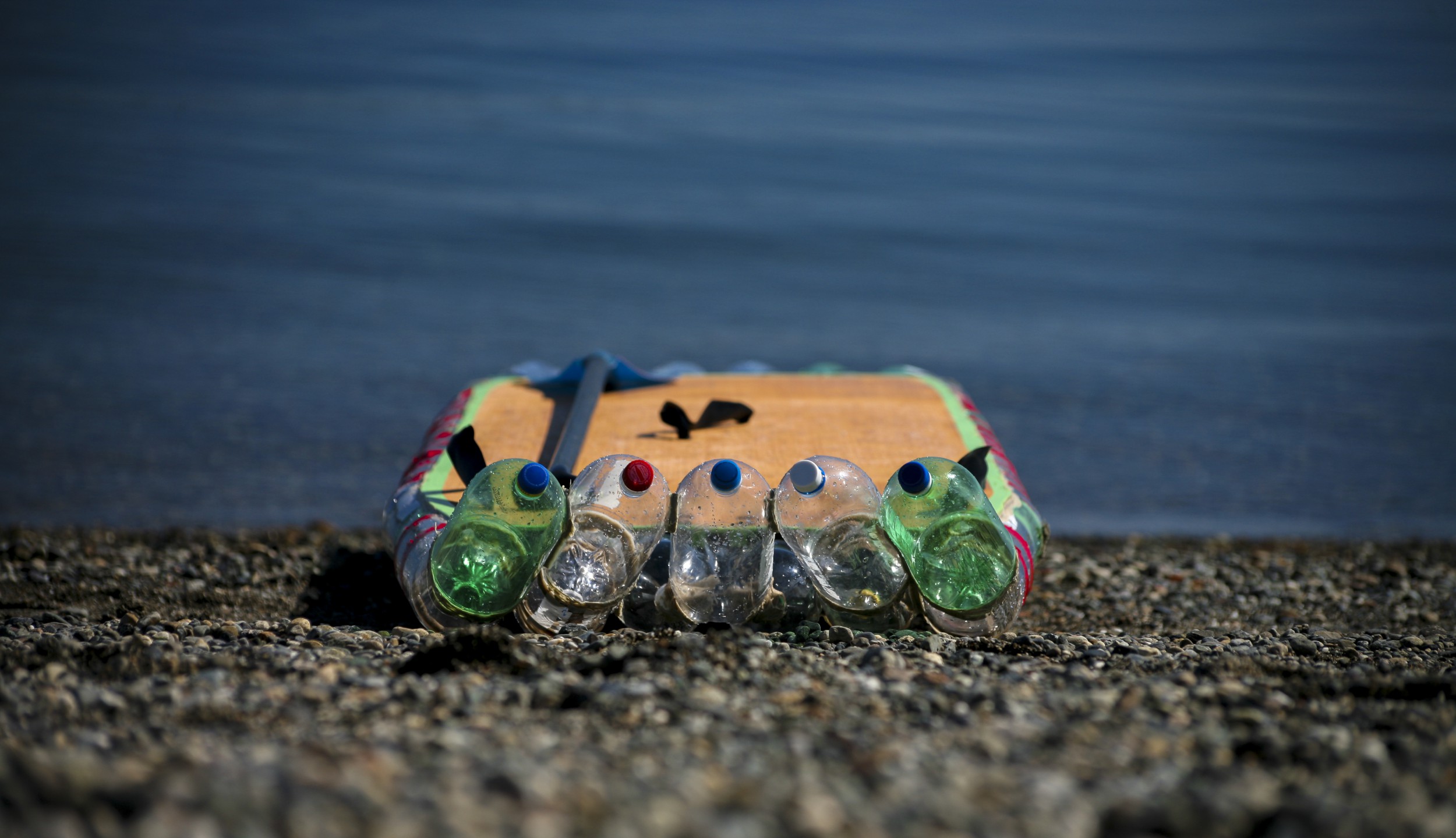 On the down side, it seems to flex a bit more than I’d have liked. I could still tighten that up… we’ll see. The other thing I should have done is make the fin bigger. The one I made is modeled on an 8-inch fin and for a board this size, that’s not really going to do it. I don’t mind changing sides as I paddle, but the size of this particular fin makes that seem like a fairly regular necessity. 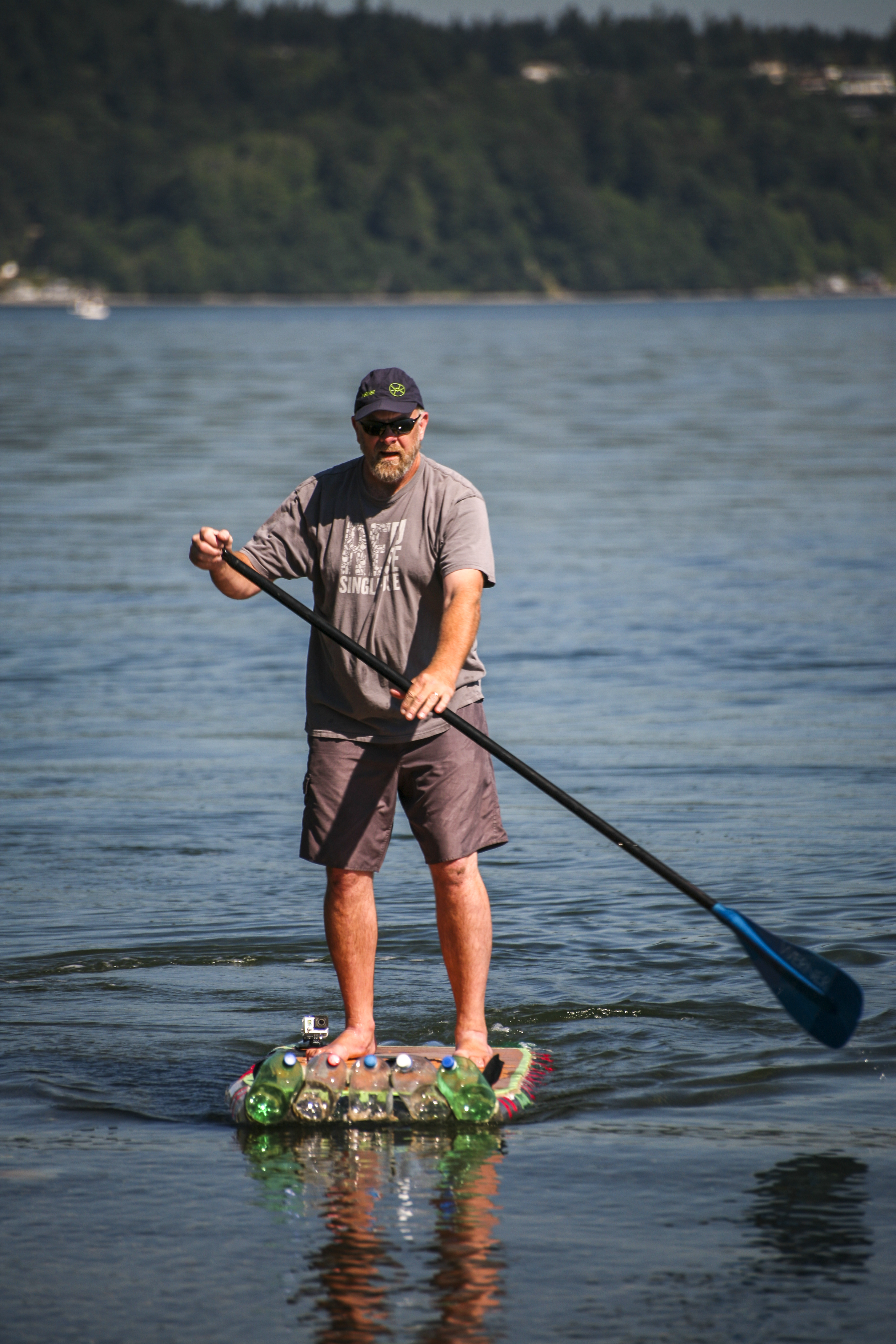 And I didn’t really allow for easy fin replacement. Hmm.

But that’s only a part of the story. Overall, it was a fun board to paddle. Quicker than I thought… I might still do a few modifications to the nose of the board, try to give it at least a semblance of a “glide,” but it was about as quick as I figured it would be. Turning is really easy; even a pivot turn doesn’t need much of a drop back. I’d like to see how it works with a smaller paddler. I’d also like to put it in a wave or two, and I’m planning on taking it to the Oregon Coast next month. It’ll be a good story, whatever happens.

One last thing: I must have been stopped at least a half-dozen times yesterday by people wanting to take a picture of the board and a couple who had a few comments and questions about single-use plastics. That’s why I built it… as much as anything it can or can’t do in the water, its ability to start that conversation made it a very successful test.

Thanks to Greg Farley for the amazing photos. Greg is an outdoor photographer and instructor who just happened to be at the beach as I was getting started. You can see more of what he does and contact him directly at http://gregfarleyimages.blogspot.com/