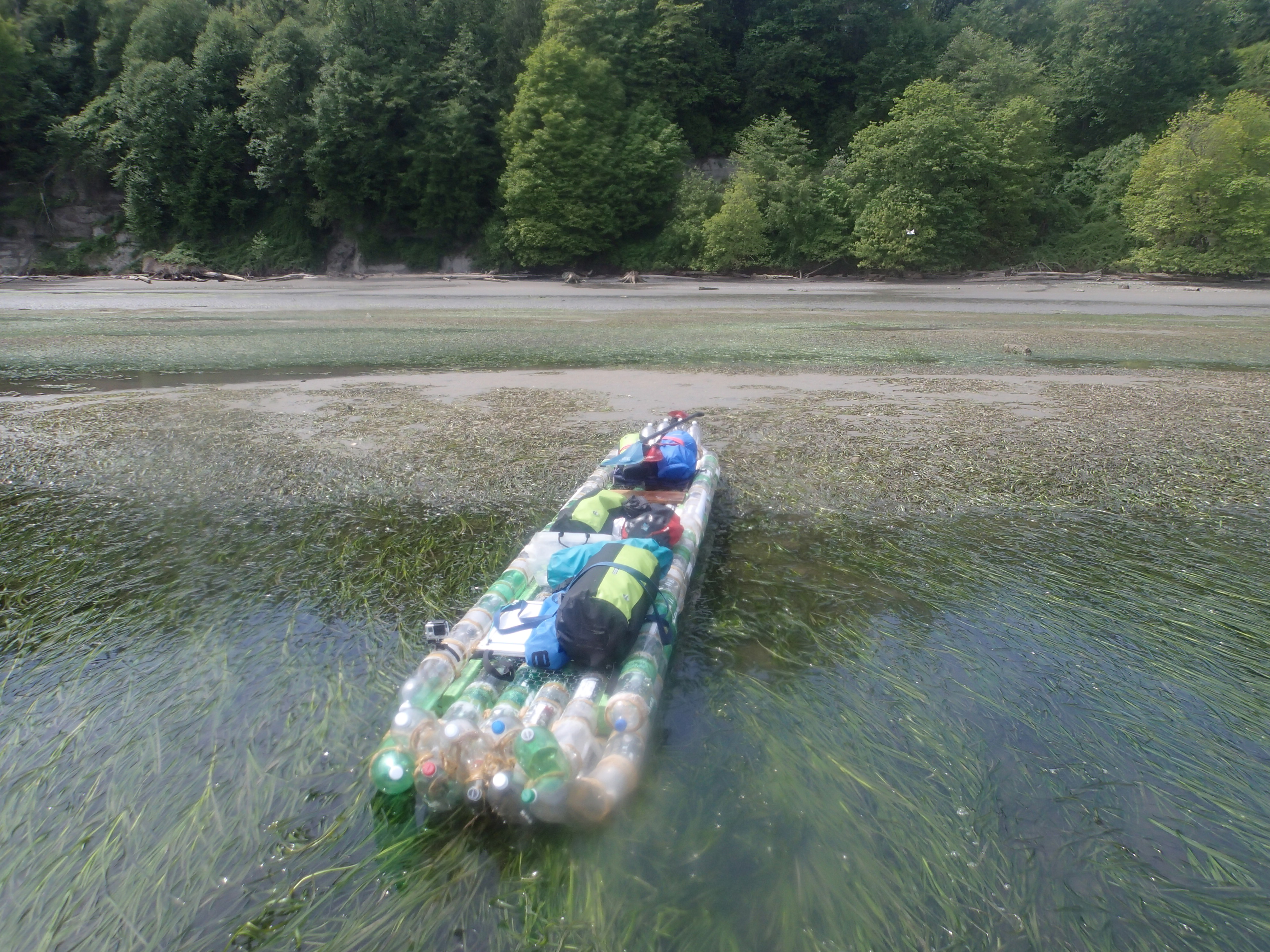 The first day of the latest section of the voyage was hot. Like, record-breaking hot. From there, it was a steady slide backwards into winter over the next four days. Eighty-four, seventy-one, sixty-three and fifty-six. And the winds were pretty aggressive too. Finding camp spots wasn’t easy and there was no current to assist me in paddling. It started sunny but it ended in rain – sheets of it – and the boat is showing some effects of the rough treatment it’s been receiving. All my gear is soaked and everything needs to be cleaned. 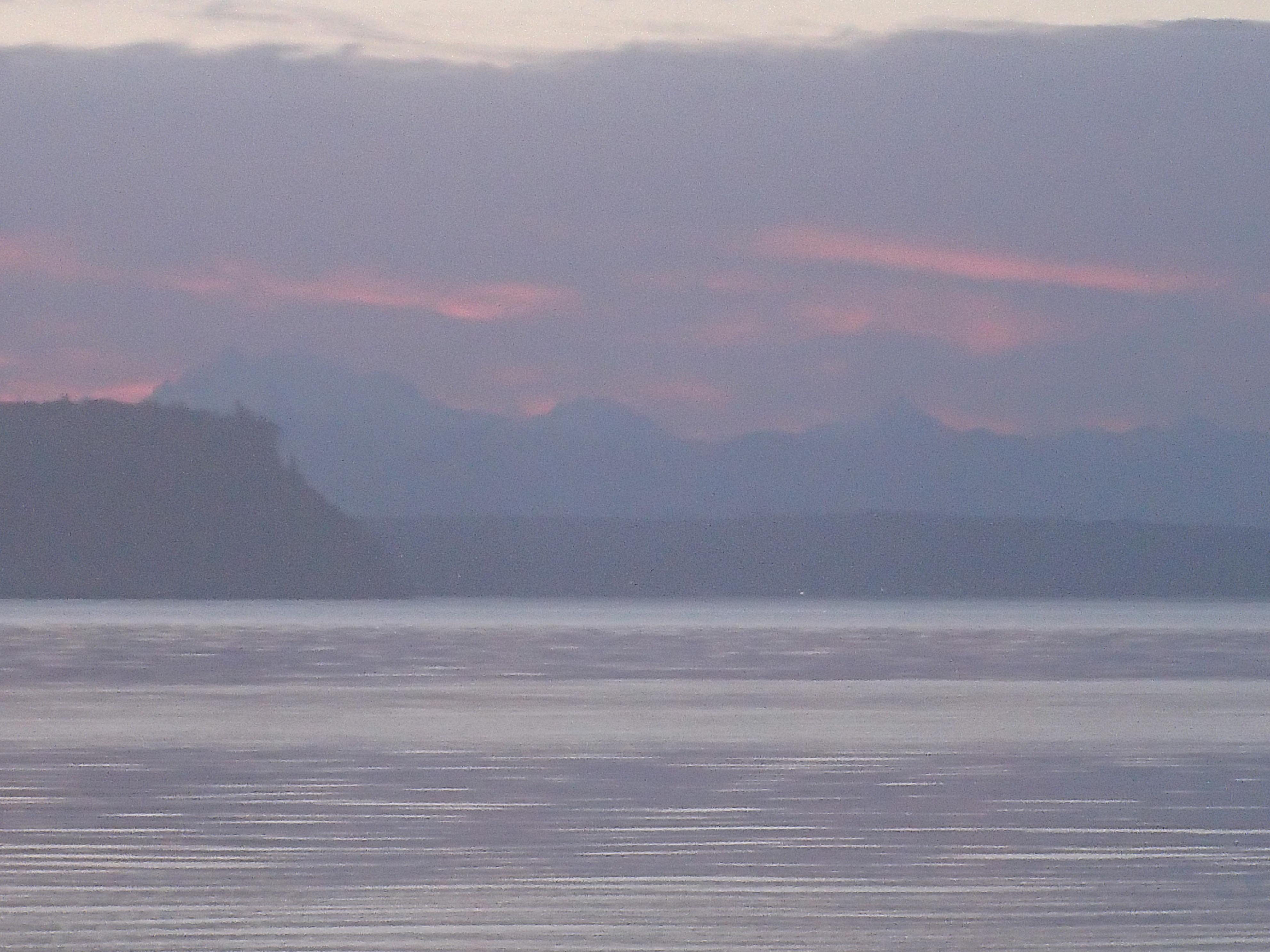 Which is not to say that it wasn’t an amazing and excellent chapter in the story – it was. That first day and the long, sun-drenched crossing over to Whidbey Island from Mukilteo, then up past Langley and camping on an abandoned staircase above the water. Sunrise the next morning was a collection of reds and purples, a harbinger of the weather that was coming. (I will say that the weatherman nailed the forecast for this section of the trip. That doesn’t happen often and it is always a bit of a guessing game, but in this case, it all came as predicted.)

Saratoga Passage is a long haul though, and because of the way that the tides travel around both ends of Whidbey Island, there is virtually no current to plan for. I felt like I could drop my paddle in the water next to the boat, lay down for a cat-nap, and when I awakened, it would still be right there next to me and I would not have moved at all. The water level rose and fell but the lateral motion so common almost everywhere else in Puget Sound wasn’t happening here.

From the top of Camano Island, I crossed back over to Whidbey and around the corner into Skagit Bay. I stayed closer to shore for this section and took advantage of the wind when I could. I 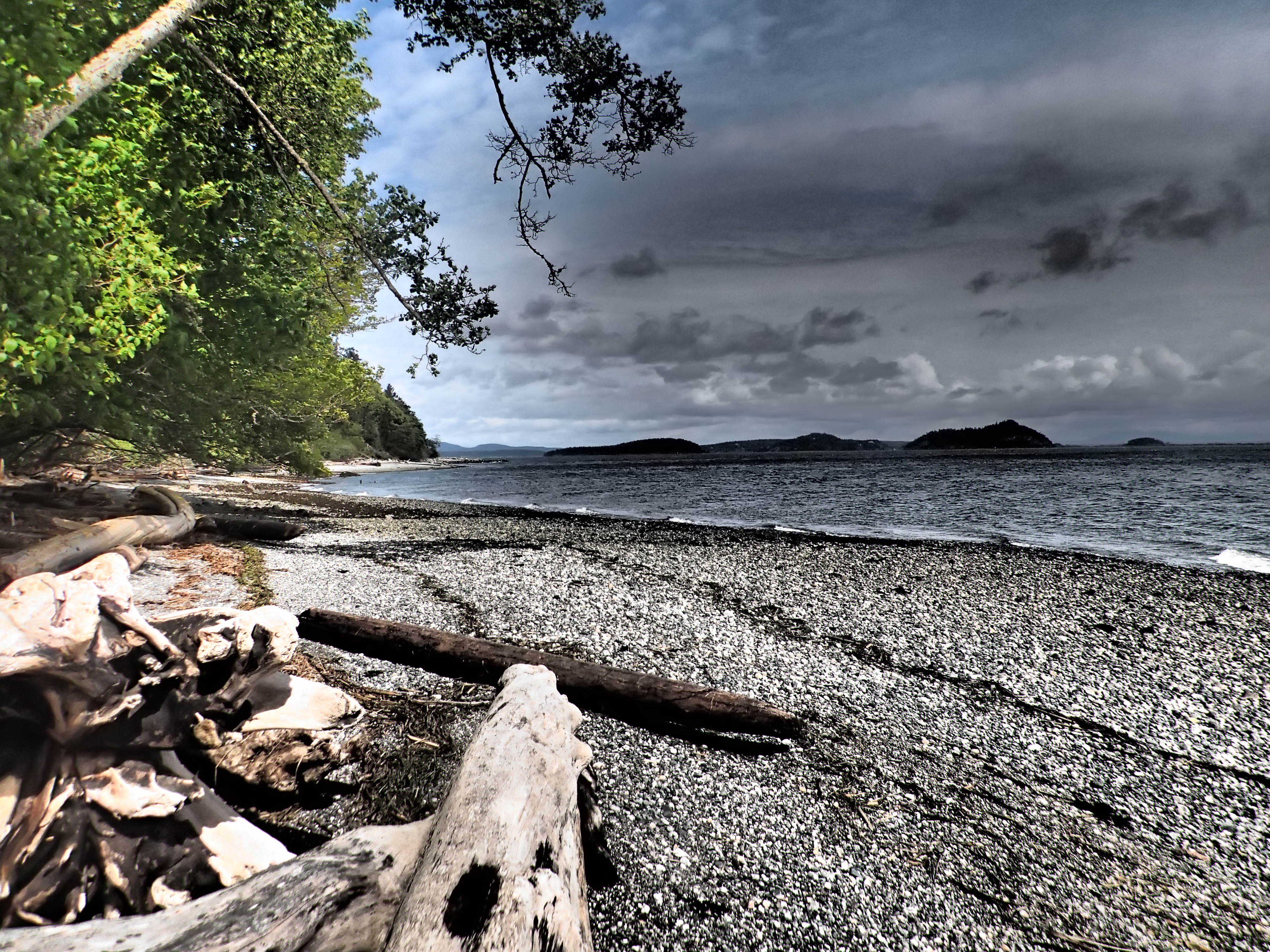 t took about 10 hours of paddling to get to Hope Island, but I had the place to myself and plenty of room. I pitched the tent and set up camp, then crawled into the sleeping bag just as the first raindrops fell.

And they fell all night. I was awakened several times by the Gatling gun staccato of rain battering my tent fly. Tucked into the north side of the island, it was impossible to know what the wind was doing, but I could hear the tall trees creaking in the background as the barrage kept up. The next day on the water would be the last of this section and the route was going through the confines of Deception Pass. I was hoping for happier weather for that critical section of the trip. It’s a tight spot, with powerful currents, and I hoped for the best.

I was joined for the last day by Liam Antrim, who drove over from Port Angeles early that last morning. Liam works for NOAA and the Olympic Coast National Marine Sanctuary and has been a great asset to the Ikkatsu Project since our early days. He arrived with scones and hot coffee and we enjoyed a rainy brunch on a Hope Island beach before getting to the task at hand.

Deception Pass was fairly peaceful by the time we went through. About three knots, fast but easily controlled, even on a boat made out of bottles. The clouds had lifted a little and the rain had stopped. We pulled for the northern shore once we went under the bridge and met up with a group of sea kayakers who were out working on their skills, getting tuned up to be youth leaders at a summer camp in a few weeks. They were a great help getting the boat from the beach at Bowman Bay up to the edge of the Marine Trail campsite, which is where it is sitting now, awaiting my return in a few days. 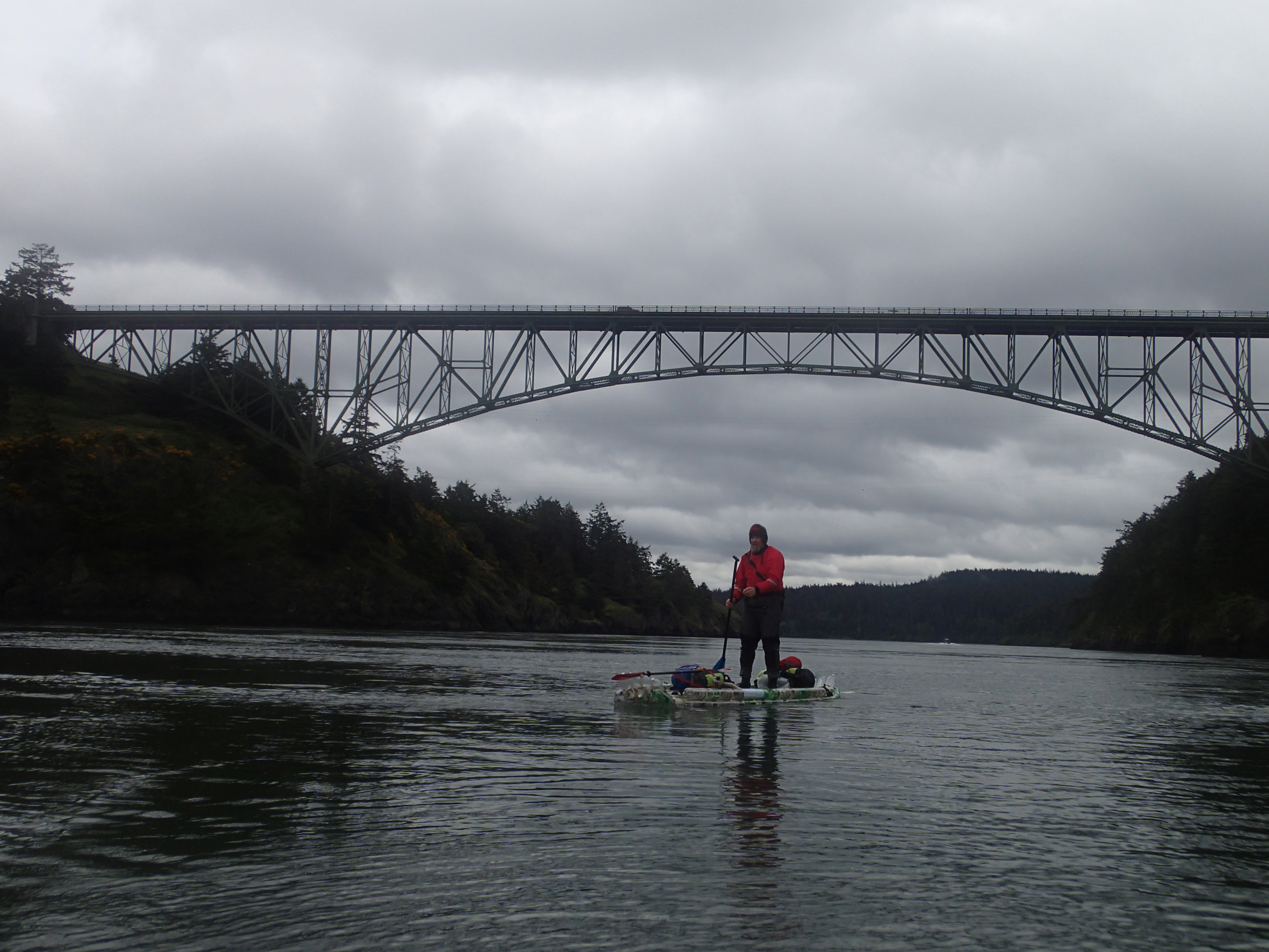 The Hyas yiem has had some damage from barnacled beaches and there is a considerable amount of water in many of the connecting sections of the bottle tubes. It isn’t really a factor when it comes to floatation, but it does make for even slower paddling speeds. And this boat, she is a ponderous craft to begin with. I’ve also smashed a spot on either side of the top gunwale, in the places where I swing my legs around to go from a sitting to a kneeling position and back. But overall, she’s been a solid craft, more maneuverable than you might expect and very comfortable.

I’ll go and clean all the gear today. Then it’s back up for the short leg from Bowman Bay to Anacortes on Saturday and that night doing a presentation at the Breazeale Interpretive Center in Padilla Bay at 7:00pm. After that, there’s just one more section of the route to go, up Bellingham Channel, over to Lummi Island, then finishing up in Bellingham on the 17th.

Loving every minute of it.