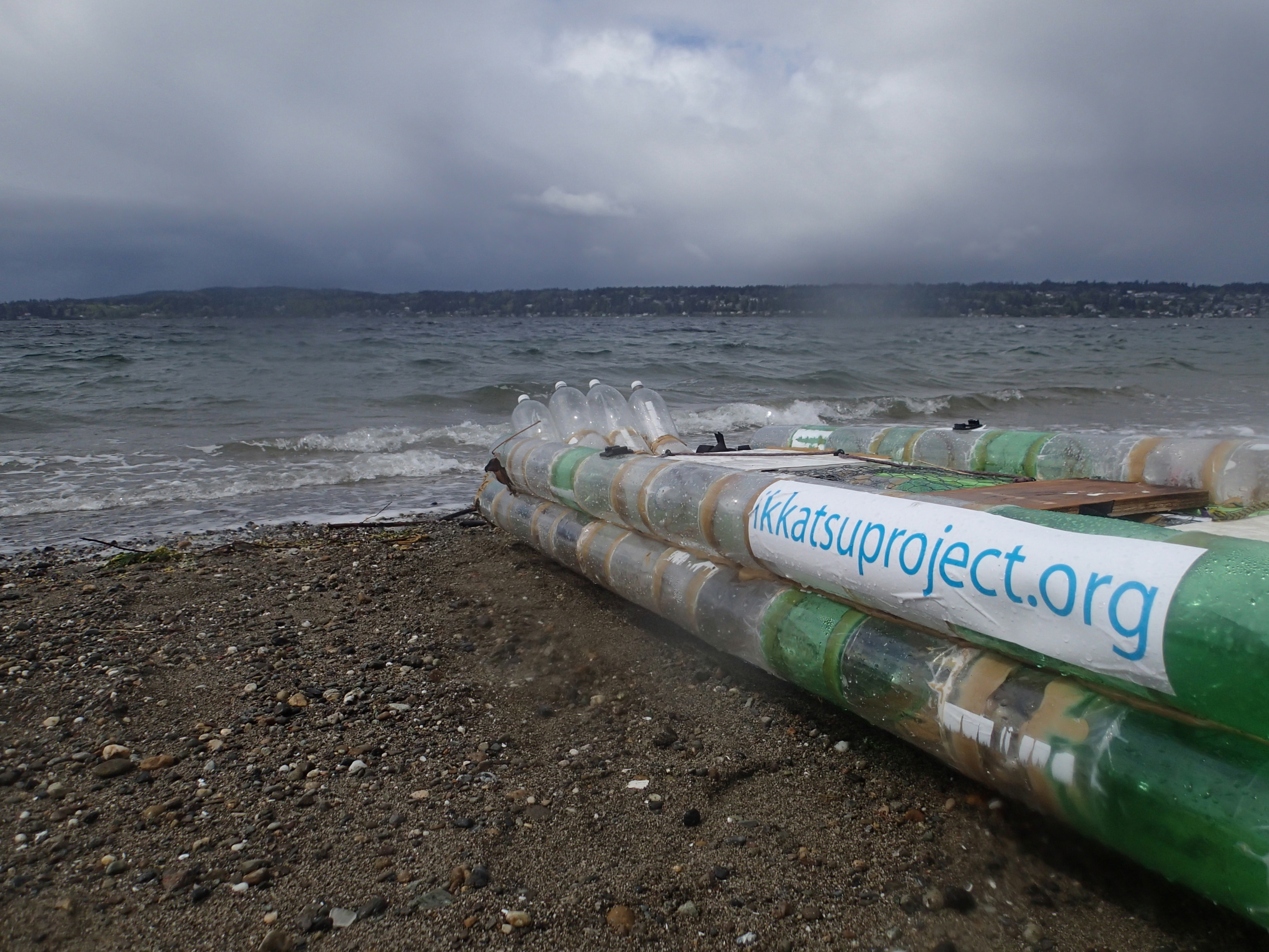 The third leg of the voyage of the Hyas yiem is in the books… I got into Mukilteo at about 2:30 yesterday afternoon. All in all it was a windy trip from Southworth up to Mukilteo – via Suquamish – but progress was good and the boat is holding up well. There is some damage on the starboard side rail where I swing my feet under me going from a sitting to a kneeling position. It doesn’t look too good and may ultimately have to be replaced but it’s above the waterline at the moment so I’m inclined to let it go for a while.

I ended up going north up 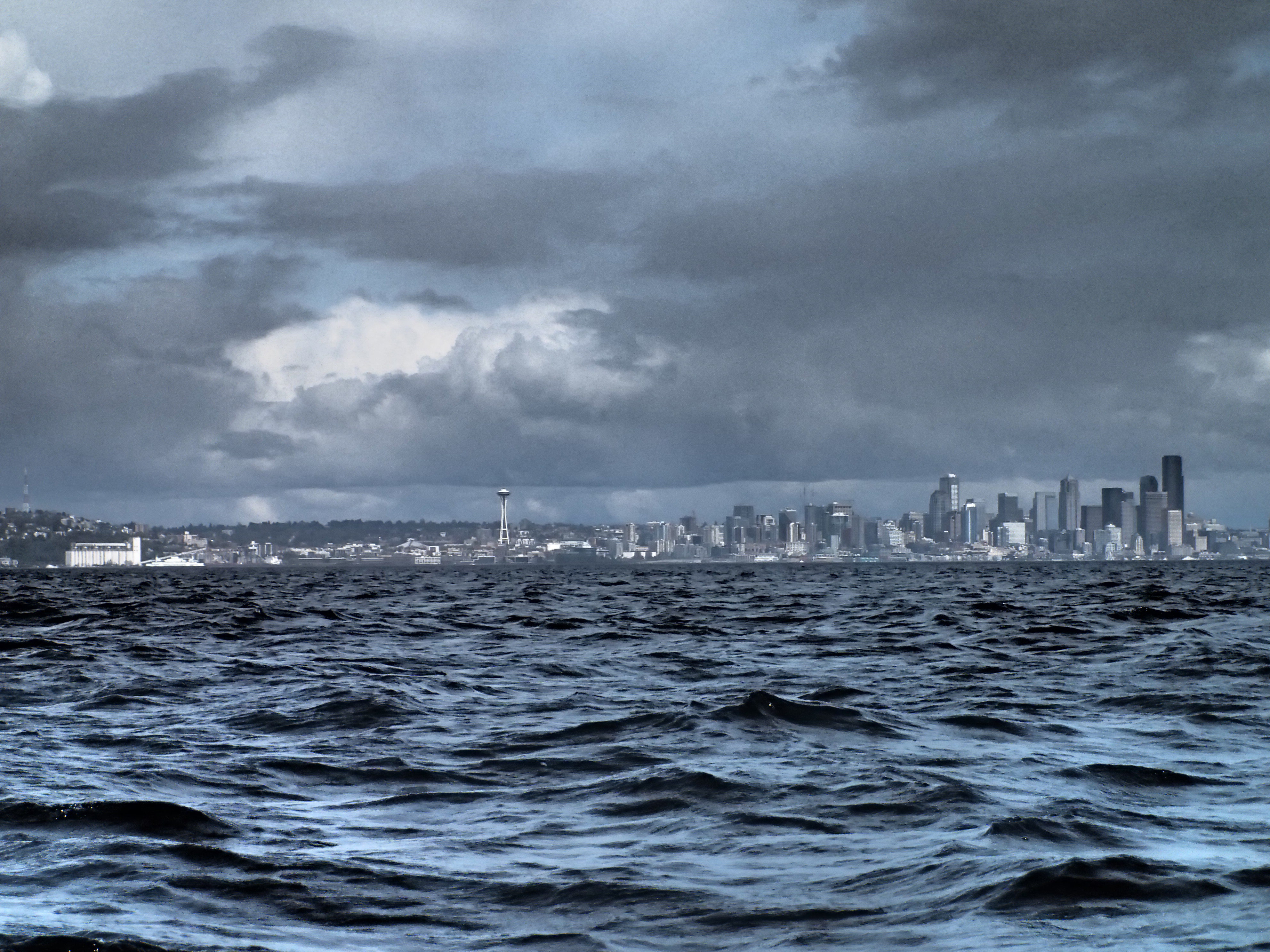 the east side of Bainbridge Island instead of taking the inside route through Rich Passage. It was mostly a decision that was driven by the wind direction and although it took a fair bit of effort to keep the boat on course because of the waves, the miles went by fairly easily. I camped on the east shore of Bainbridge that night and was up before dawn the next morning.

From there I paddled around the top of the island and over to the beach at the Suquamish House of Awakened Culture, where I was met by students from Chief Kitsap Academy, paddling in a pair of tribal canoes. Once I made landfall, I was greeted with a welcome song and had lunch with the students, teachers and other Suquamish community members. Talking about Earth Day, plastic and what we can do to help create a cleaner world. Very cool.

The next day – Saturday – was rough. A late start because of the current and a strong crosswind made progress difficult and I hove to after only four miles. Wind, thunder and rain much of the night but it looked a little better in the morning. A somewhat tricky crossing of the shipping lanes – remember the old 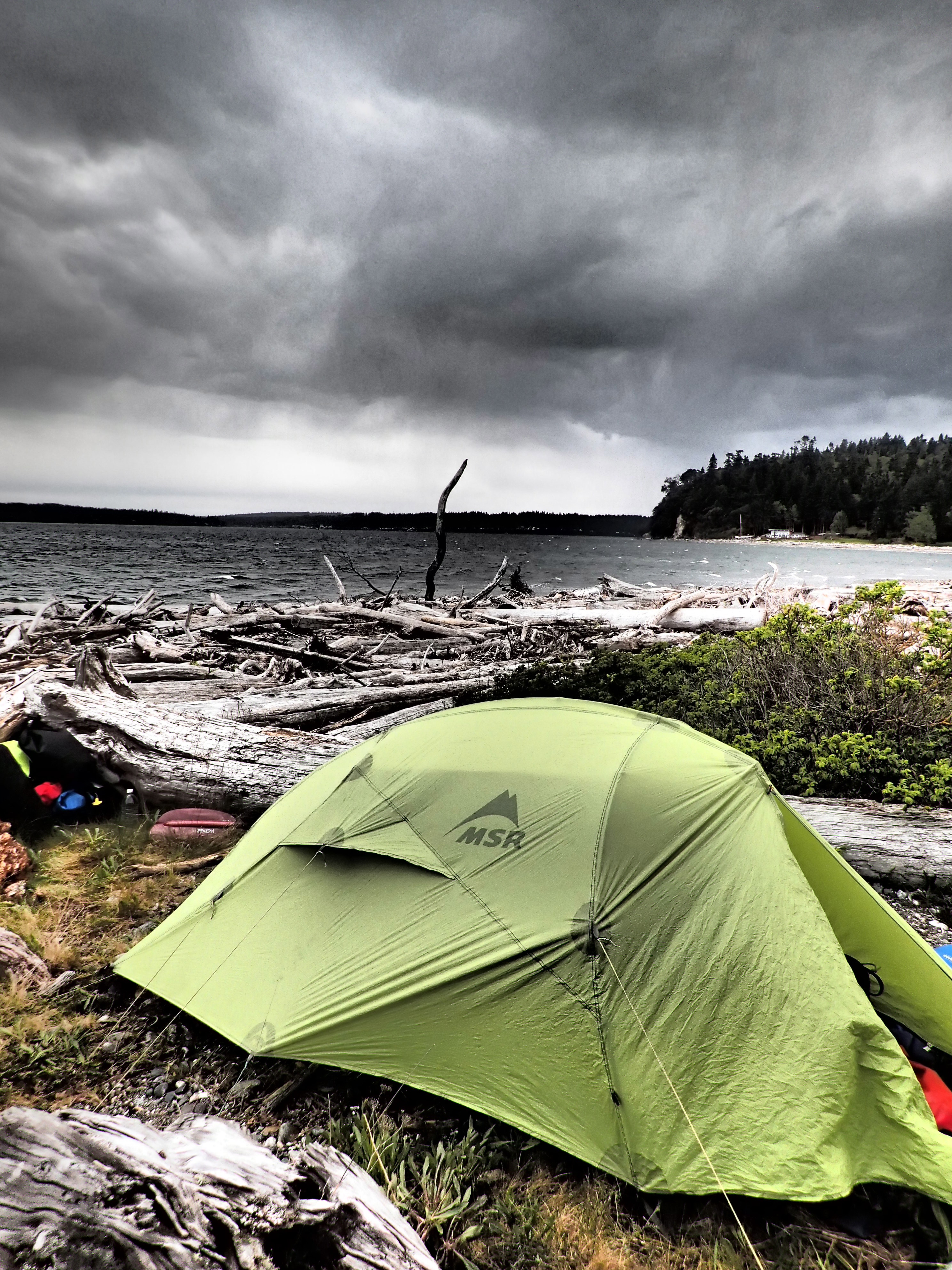 “Frogger” video game? – but with the wind shifted a bit more favorably now I was able to make it across to Edmonds and from there up the shoreline to Mukilteo.

From here, it’s over toward Langley and Saratoga Passage, Oak Harbor and north. I’m actually thinking of playing with the schedule a bit, seeing if I can paddle this next section in one fewer day and end it with a run through Deception Pass next Sunday. Anybody else wanna come?