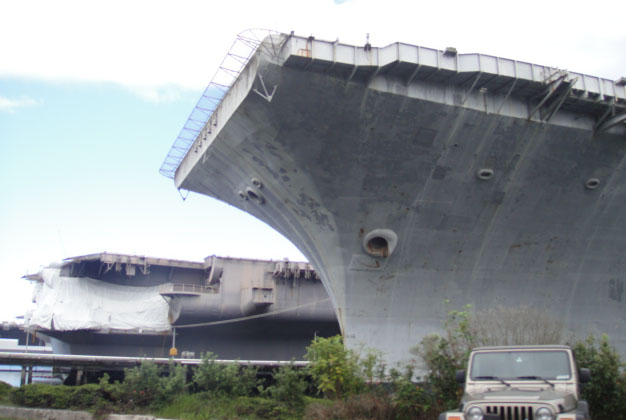 On the south end of Bainbridge Island there’s a waterway that cuts in from the wider Puget Sound and branches off to Bremerton and up into Poulsbo. It’s a lot of water going through a tight spot and the currents can be considerable.

Of course, with the Hyas yiem, even a mild current running against me is a tough row to hoe. This next phase of the trip – beginning on Thursday morning in Southworth – is a four-day run that will take me up past the west side of Bainbridge Island, then on over to Edmonds and Mukilteo. It’s going to be an intersting section, with the chance of a night paddle and a whole lot more commercial traffic than I’ve seen so far.

The sampling is going well. I’ve got a half-dozen to this point and I’m planning on another 10 or 12 before I’m done. Beach surveys will start on this next section too, so it feels good to be gathering the data again… I’m happy with the boat too; it does take water into some of the spaces between the bottles on the hull but overall, it’s paddling well. Forty miles in 3 days, which isn’t setting any records but it’s still pretty respectable, even for a legitimate kayak. So I’m happy with that.

So, next up is Rich Passage. It’s been a few years since I’ve been there… I remember it as a place where there was a lot going on. Ferries, current, all sorts of parameters. It’s going to be great!