Where we’ve been; where we’re going 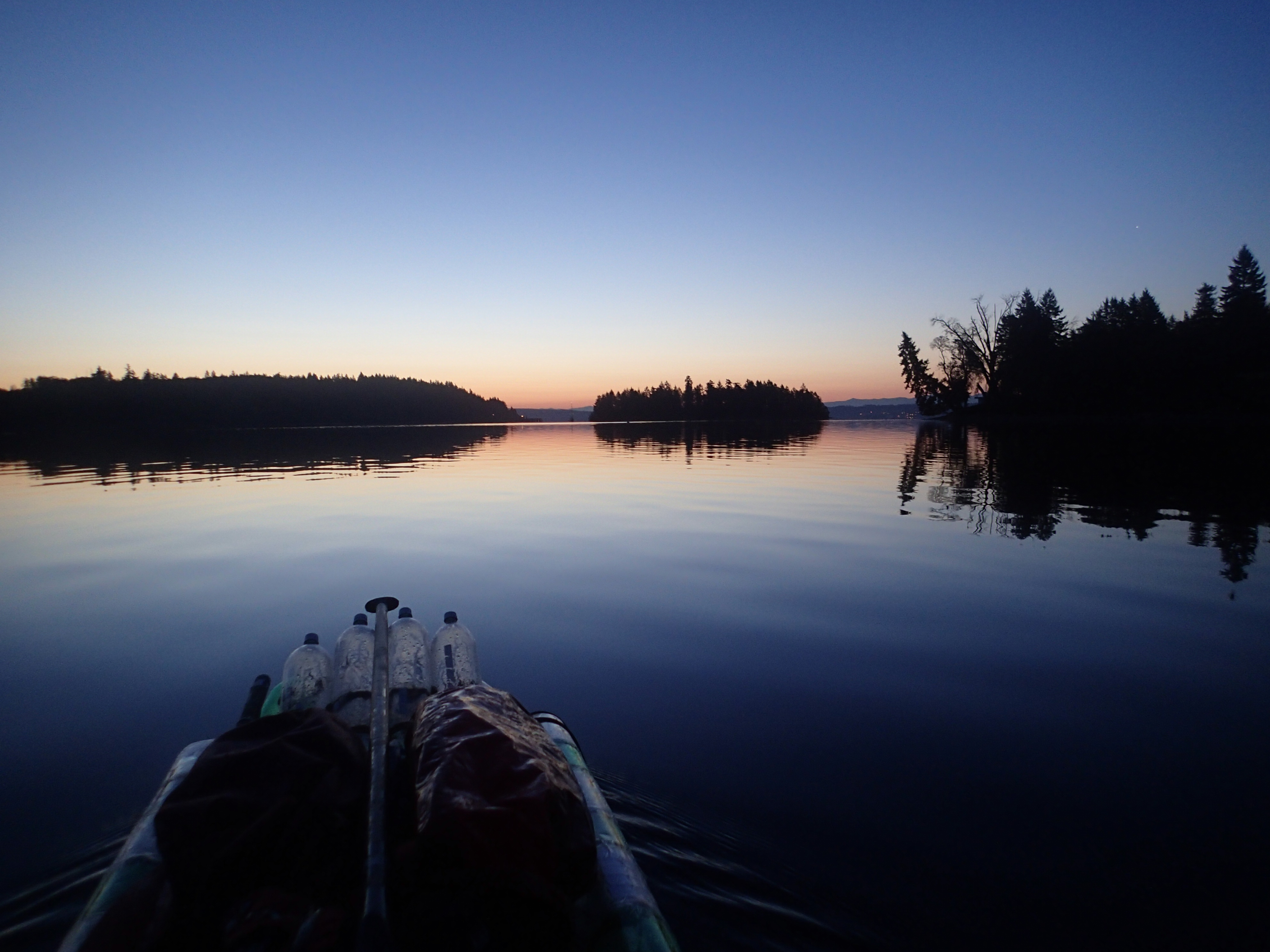 After spending 15 hours on the Hyas yiem over the past couple of days, I have a few observations: First off, she’s not a speedy craft. If you’re looking to make a fast getaway, it would be wise to keep looking. Second, she’s not built for going against the wind and current. I spent most of yesterday battling both and it was a long 10-hour workout. On the up side, I only paddled 5 hours this morning and I covered almost as much distance. If you get a decent current going with you, she’ll take to it nicely. I’ve definitely had boats that paddled better, but I’ve also had boats that paddled worse. 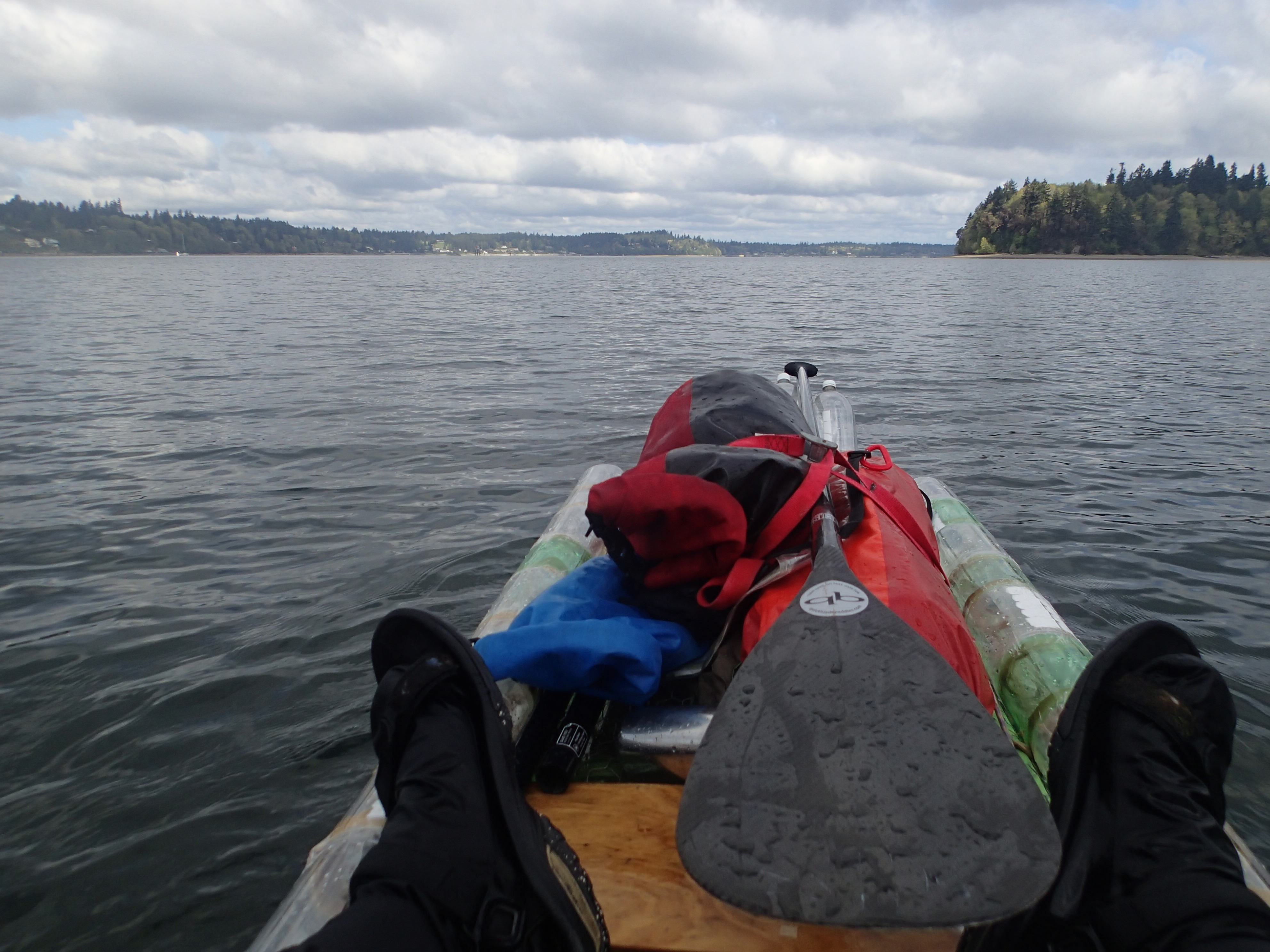 I left Olympia at about 10:00am yesterday morning. The tide had already dropped to the point that the mud flats were out at Priest Point, so I opted to launch from the Swantown Marina. It seemed like it took forever to get out of Budd Inlet. Then, from Boston Harbor to Johnson Point… took another forever. I was shooting for Anderson Island but I ended up about 2 miles short, and spent the night on a beautiful deserted stretch of beach on the south tip of the Key Peninsula.

I was up by 3:30am and on the water in less than an hour. I knew I only had so much time to make it through the Narrows before the tide turned at 11:00am. The sunrise was magnificent. Mount Rainier etched against an electric sky, deep blue tones of fading night peeling away from the yello 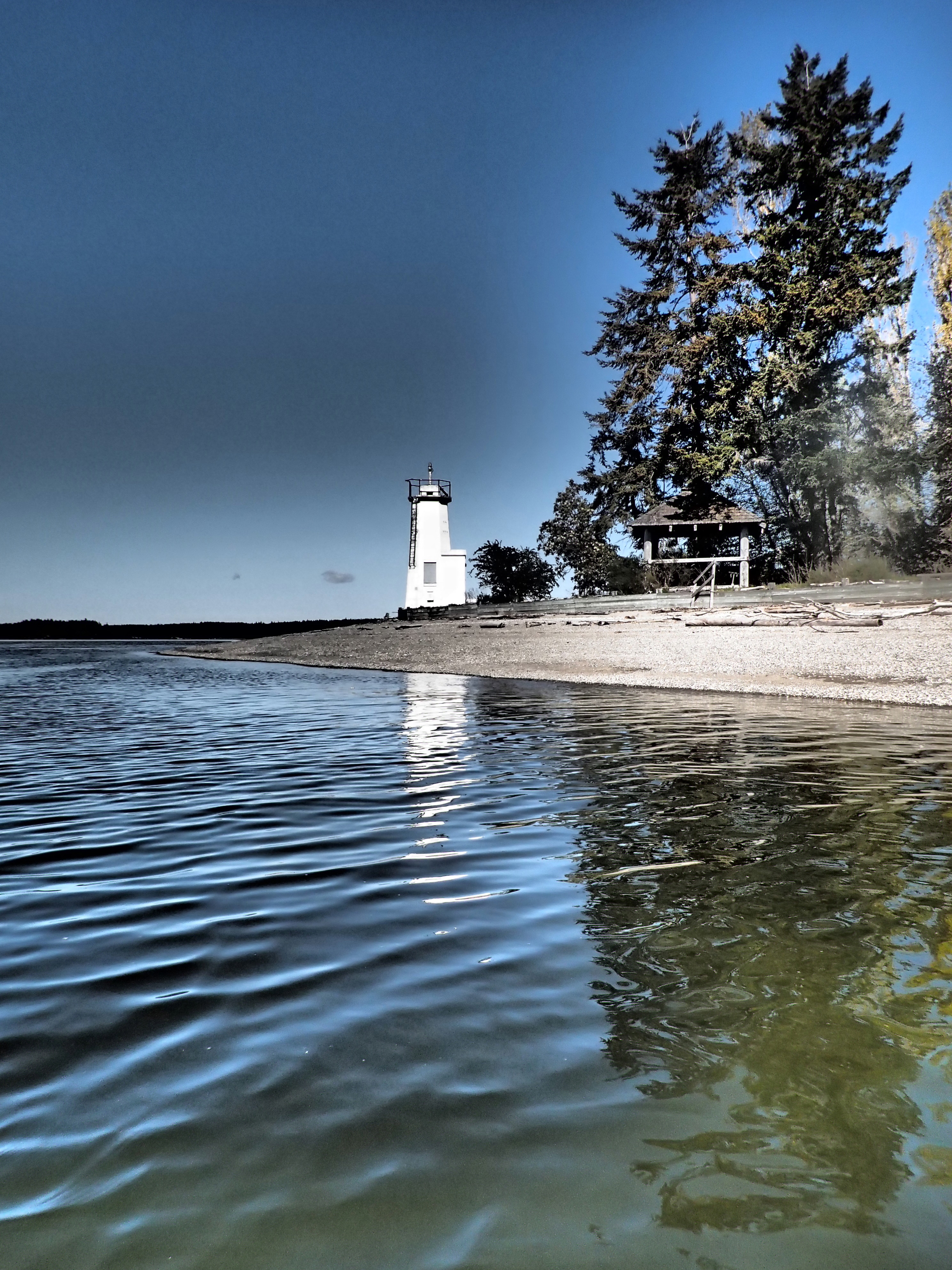 wing gold of morning. With the current, she handled like a dream. Squeezing past tiny Eagle Island and paddling close in at McNeil (to see the prison), then cutting over to the tip of Fox Island where the current was building. The last 3 miles or so went quickly, shot under the bridges and swept off toward Salmon Beach.

And it’s good to be home. We’re showing the film, Secrets of Augustine, down here tonight. Kind of a neighborhood thing, which will be fun. The next scheduled leg of the trip is on Thursday, when I’m slated to go from Salmon Beach to Southworth. I’ll check the tides but I might want to rethink that… not sure that’s a realistic distance for one day. The current moving north up Colvos Passage is pretty negligible and wind can be a factor. I may want to split it into two days. Not sure how that will work out… more on that later.