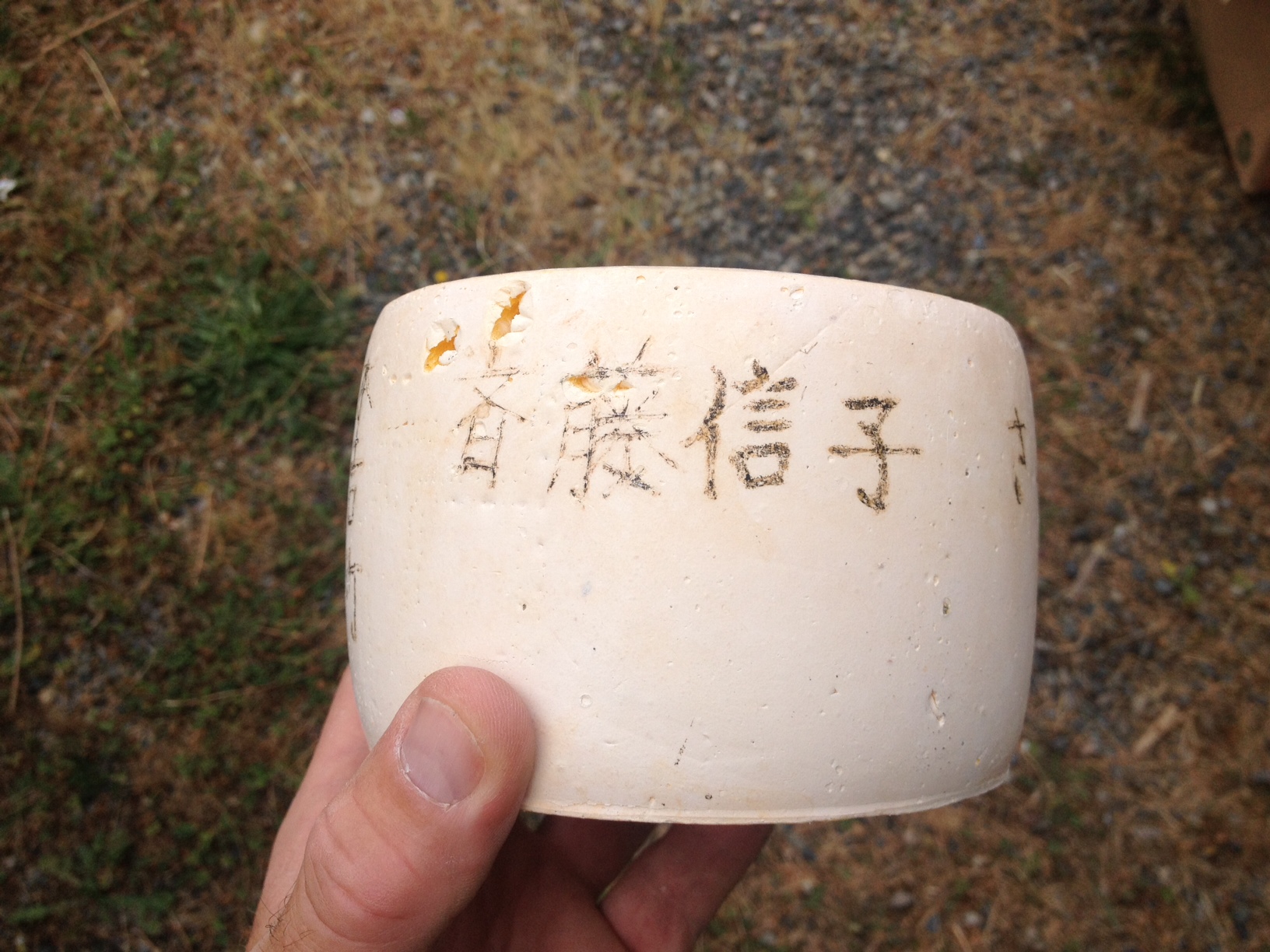 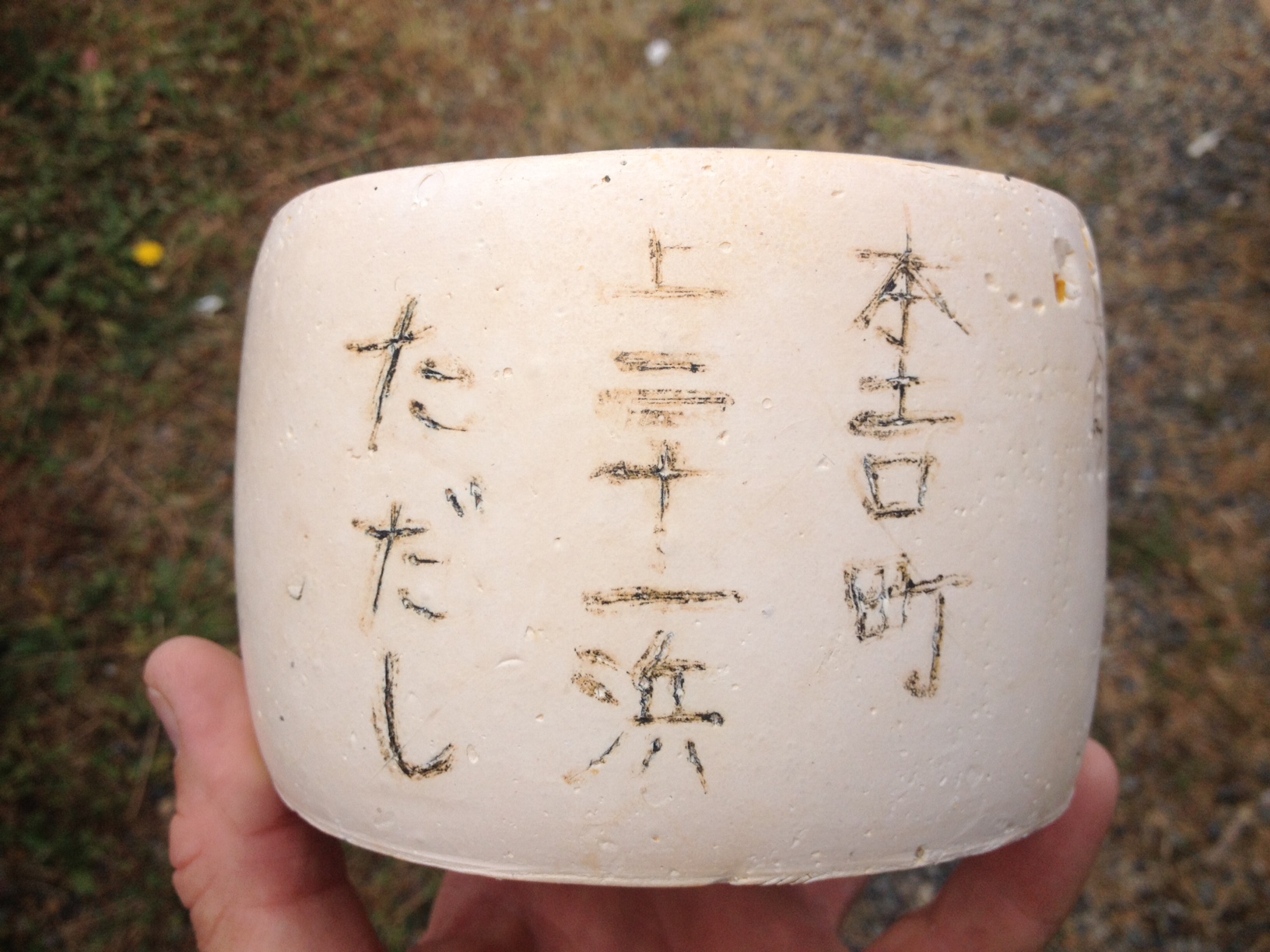 There were several fishing floats that we came across on the beaches of the Alaska Peninsula that had Asian writing on them. Although I don’t understand Japanese, Chinese or Korean, and often find it hard to distinguish between them, there are other clues to look for when trying to determine the country of origin for some of these items. Most of the floats – if you look hard enough – will have the name of the manufacturer somewhere on them and that can be helpful. At least half of the ones we saw originated in Taiwan, but there were some from Korea and Japan as well.

We found this one near Spring Point, just inside of Chinitna Bay, near the end of the trip. I kept it and had enough room in the kayak by that point that I was able to bring it back with me. It has an awful lot of writing on it, compared to others we found, and that makes me think that it’s from a smaller inshore operation, rather than a large, ocean-going boat. There is also a “Made in Japan” mark on it in faint raised letters. We’d really like to find out what it says. It may be tsunami debris or it may not be, but either way it has a story and we’d sure like to be able to tell it.

So far, we’ve had an early translation that suggests it is partially an address in Miyagi Prefecture. There’s a name there as well, but there’s been some discussion on what it is. At this point, any input would be welcome and if you have some answers for us, we would be most grateful.