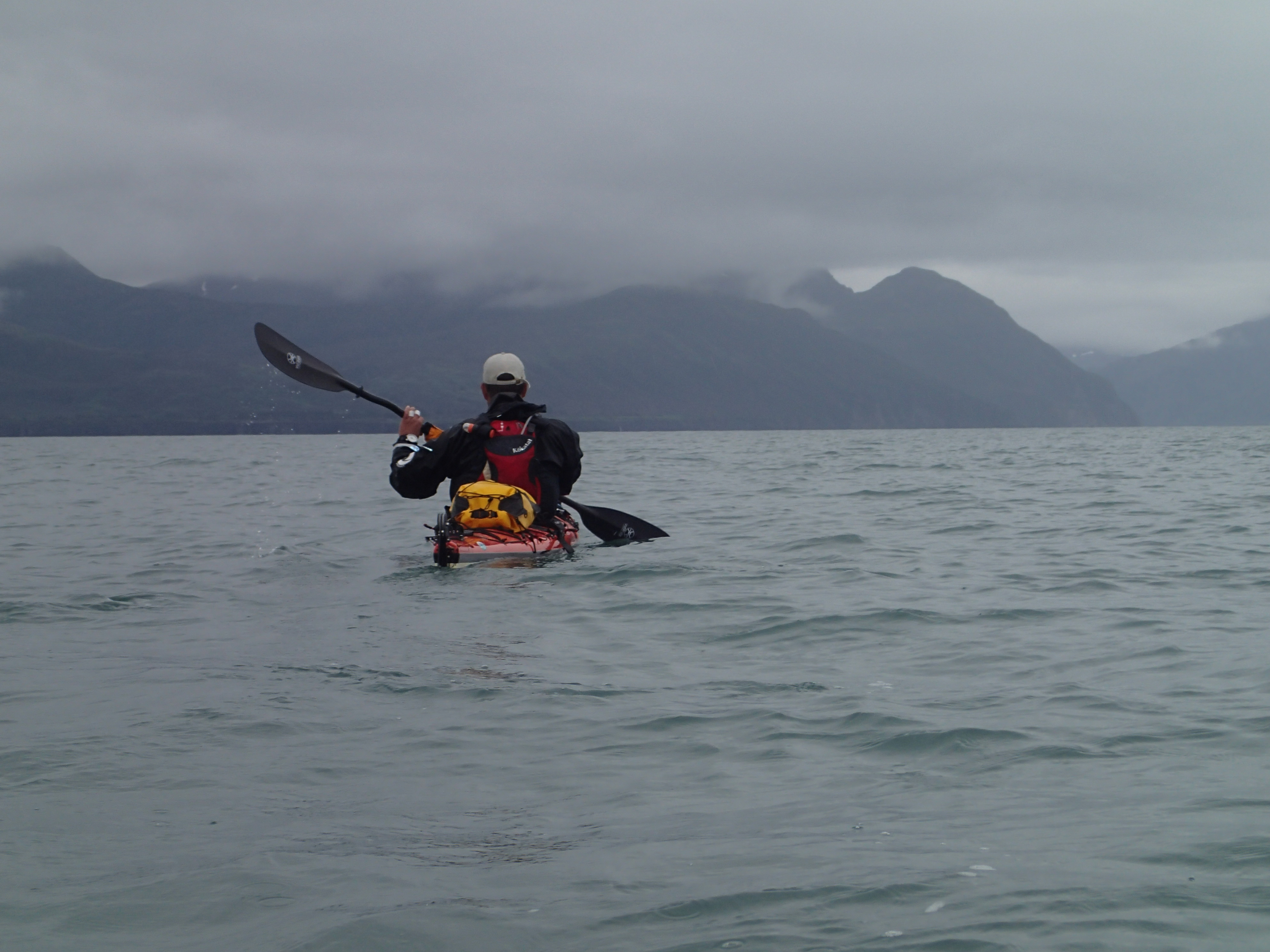 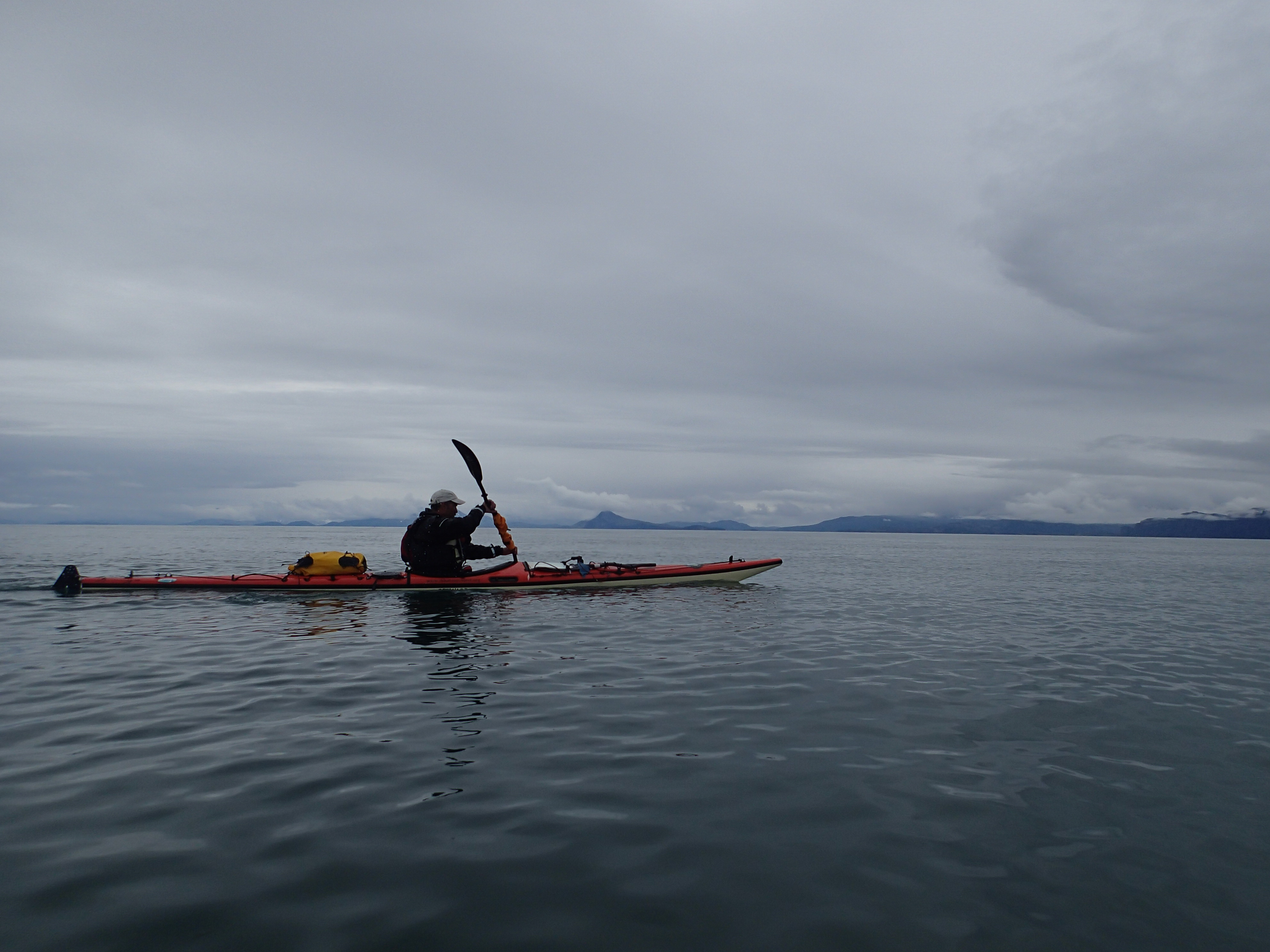 It’s a simple fact that the water near shore is often more hazardous than it is out in the open. There are waves and rocks to consider, and tricky localized currents and reflecting swells that you won’t find farther out. Still, there is a comfort of sorts, knowing that the land is close by. For all our aquatic pursuits, we remain land mammals, after all.

With the weather on Augustine having been rough and rowdy during our time there, Steve and I had some apprehension about the 7-mile crossing we would have to make to get over to the Alaska Peninsula. We listened to the weather forecasts,trying to divine just when would be the best time to go. We planned our departure, figuring to leave the comfort of the cabin and camp on the little islet of West Augustine the night before departure, in the hope that this would give us the chance to take advantage of the relative calm of the morning without having to negotiate the lagoon exit and a possible portage right at the beginning of such a critical day. We hemmed and hawed as the winds blew over the island, our hopes for an easy passage rising and falling with the vagaries of the weather.

When we finally did make the crossing, it turned out to be as easy a paddling task as anything else we’d had to do. We left the lagoon at high water, easing out over the rocks and then, with the conditions being so benign, we decided to forego camping on West Augustine and just make the crossing right then. The weather stayed good, we made it over to Ursus Cove in about 2 hours, and just like that, it was done.

I think that this happens a lot – that the things we fret about the most end up being not nearly as difficult when it finally comes to doing them. (Of course, the converse is also true: the things that turn out to be the most difficult are often the ones we don’t see coming.) It was a great crossing and a fantastic way to leave the island. Seeing the volcano from across the water was a perspective we hadn’t had in ten days and it was a most excellent sight.