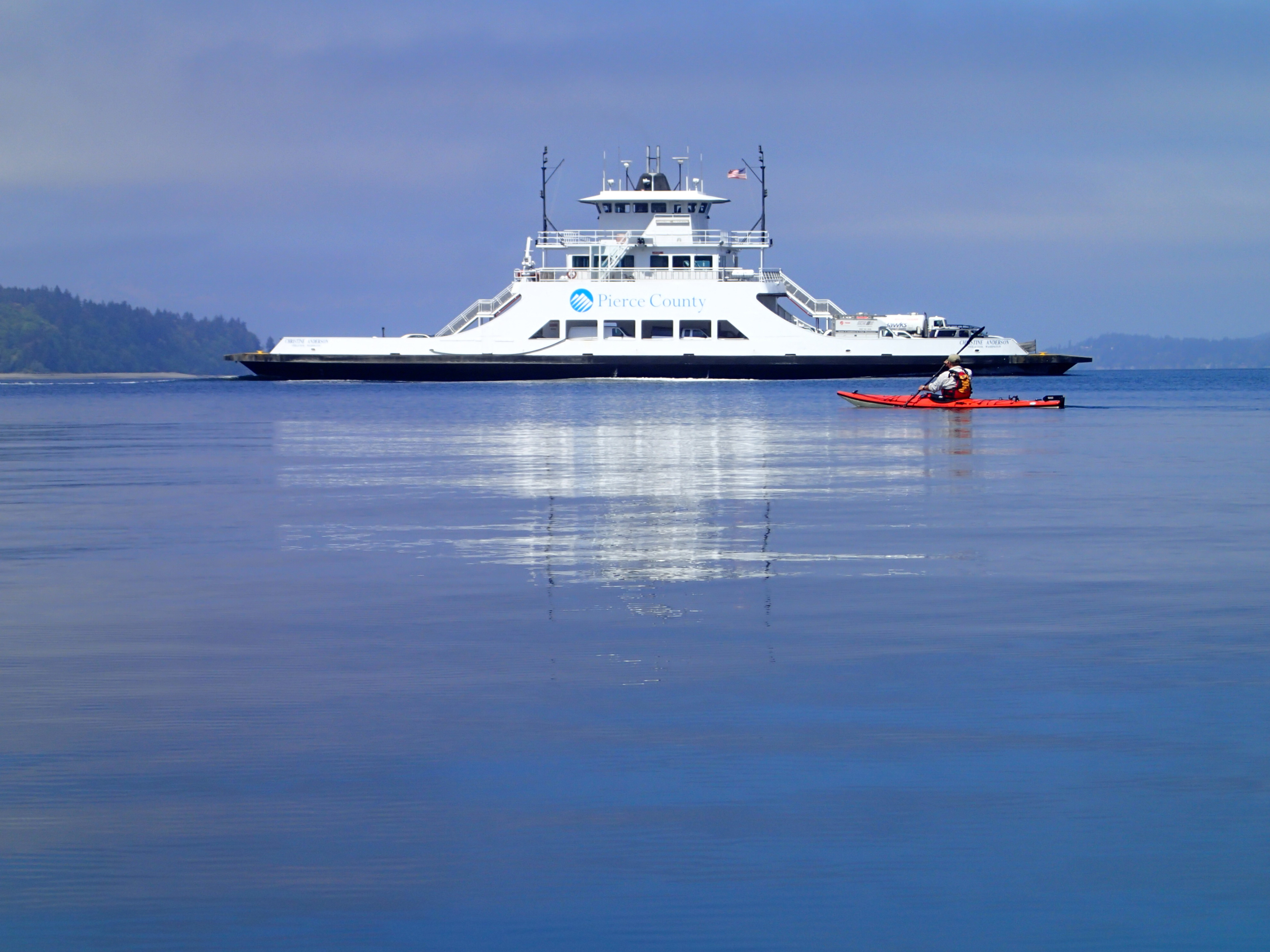 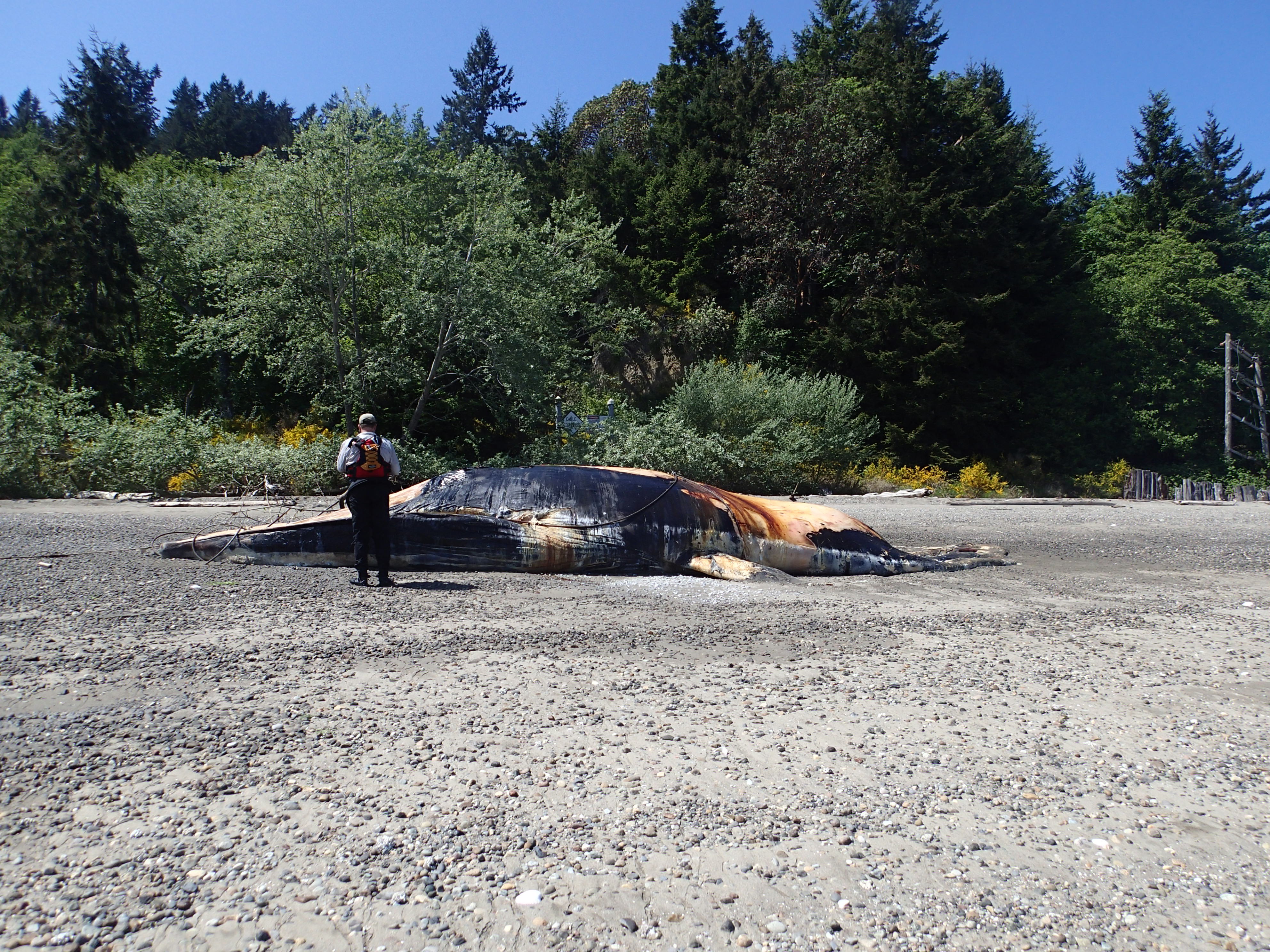 It was a good trip… a short overnight in south Puget Sound, but it gave us some things to think about with our gear, how the packing process is going to play out and some ideas about filming techniques.

And, it sort of goes without saying, but south Puget Sound is a beautiful place. It was a pleasure to paddle familiar waters once again. Though it wasn’t entirely familiar waters… I had never been that close to McNeil Island before. Since the prison closed, however, the level of inaccessibility that used to characterize the place has worn away somewhat. It’s still off-limits, but not quite as vigorously enforced as it was when Department of Corrections ran the place. We went around the island, dipping into some of the coves along the way and paddling along the sweet sandy beaches. There is a whale carcass on the east side that got us out of our boats for a quick investigation; a young gray whale, in an advanced state of decomposition. Not appetizing, but fascinating anyway. 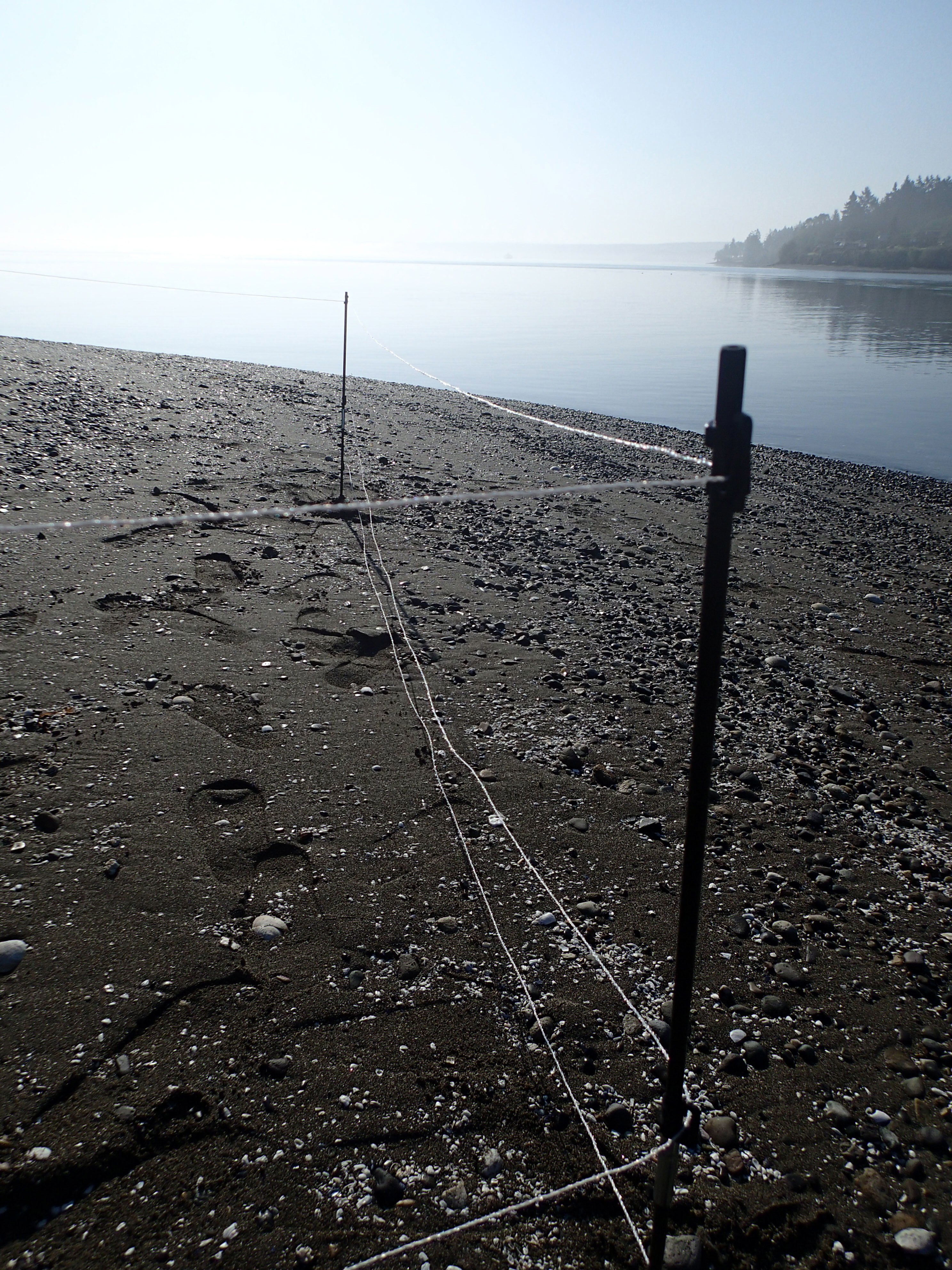 We did some shooting with the chopper (Steve should have a short up pretty soon), and that came out well. Likewise, we experimented with the bear fence, setting it up on the beach this morning and figuring out the system. The boats were great! Fast and straight tracking, and able to haul a goodly amount of gear. And a huge shout out to Rainshadow Coffee for the outstanding morning go-juice. (Seriously, that is great coffee!) I’m going to need a new tent though… and there are a few other things as well that are on the shopping list after the overnight.