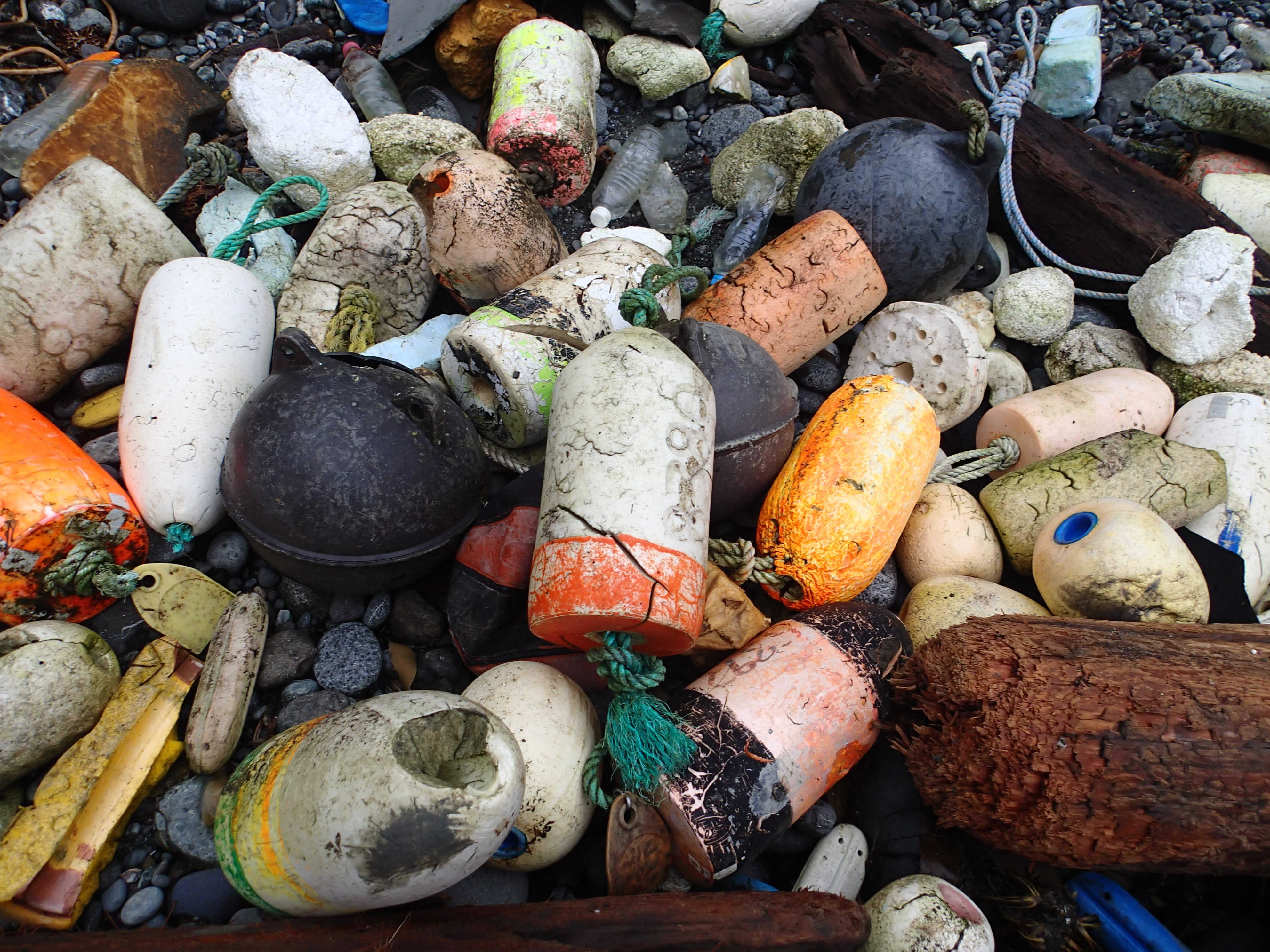 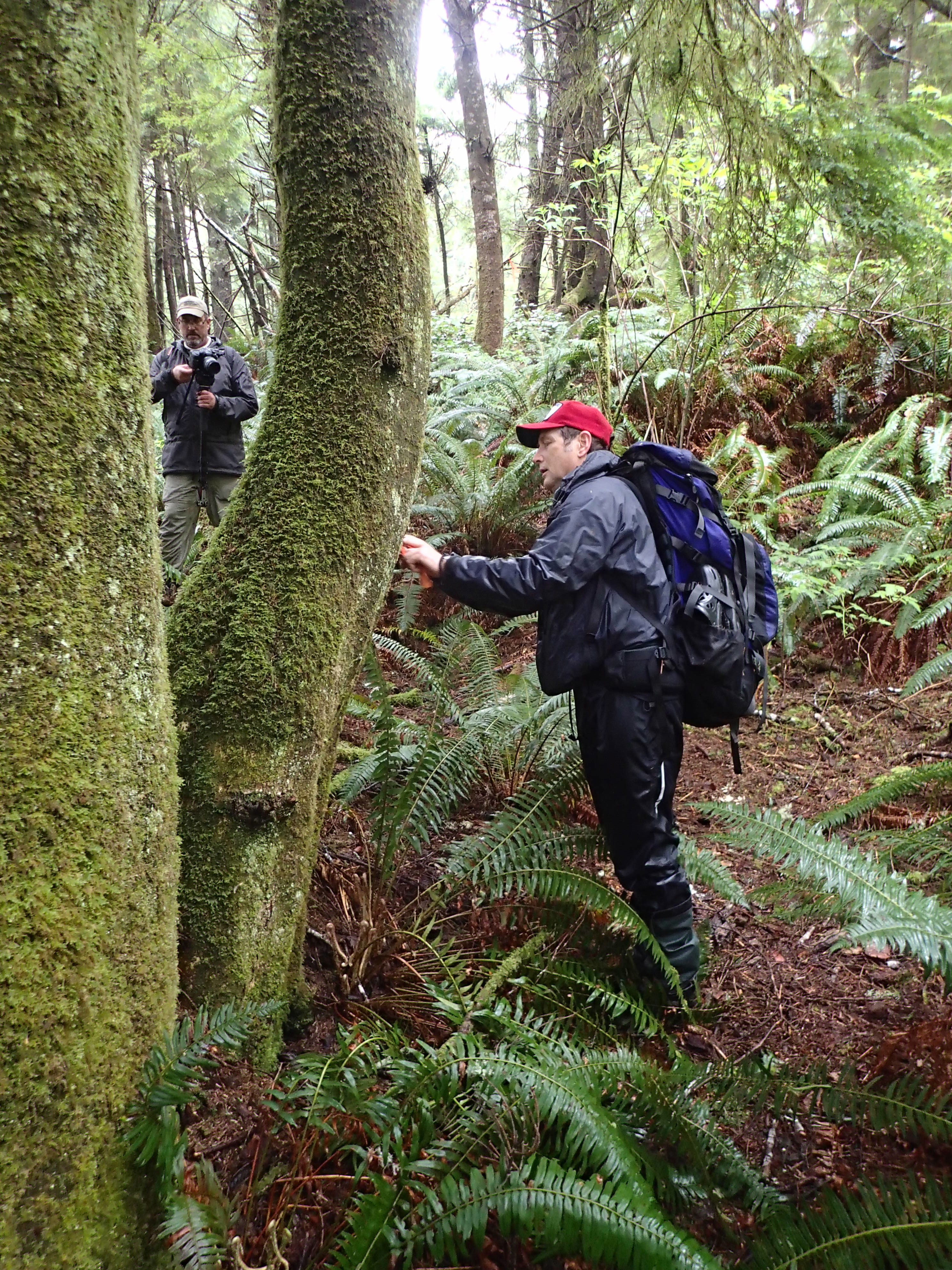 There are two ways to get plastic out of the ocean. The first – and most effective – is to put less of it in. The second is to remove what is already there.

While we would like to see more efforts toward the first, we can do something about the other. Which is what we did last Saturday by participating in the beach cleanup out on the coast. We went back to the same beach near Portage Head that we surveyed last July, where we found the highest concentration of debris that we found anywhere along the route and, along with Liam Antrim and others from the OCNMS and some Coast Guard personnel, we participated in trying to get the place clean.

Just getting to that beach is difficult. Finding the trail is a lot like finding your way into Brigadoon, more of an accident than anything else. Once we got to the water’s edge, we started putting garbage in bags and we didn’t stop for two hours. There were between 15 and 20 of us there, and each of us were digging through the piles of plastic, the buoys and ropes, single-use bottles and other containers, and putting it all into bags to be hauled up and out.

The actual hauling was more like the Bataan death march than a simple walk in the woods. After the exertion of bringing the bags and the long chains of buoys up the hill, we still had a mile-and-a-half of staggering and slogging to get it to the trailhead. It was through the efforts of everyone there that we were able to get it done, moving more than 60 bags of debris and multiple other items off the beach and into the dumpster. (Steve did a fair bit of filming over the course of the day and we should have a short video posted to this site within the next day or two. For a snippet of video that shows some of the stuff we hauled away and the cart we made to transport it out the trail, click here.) 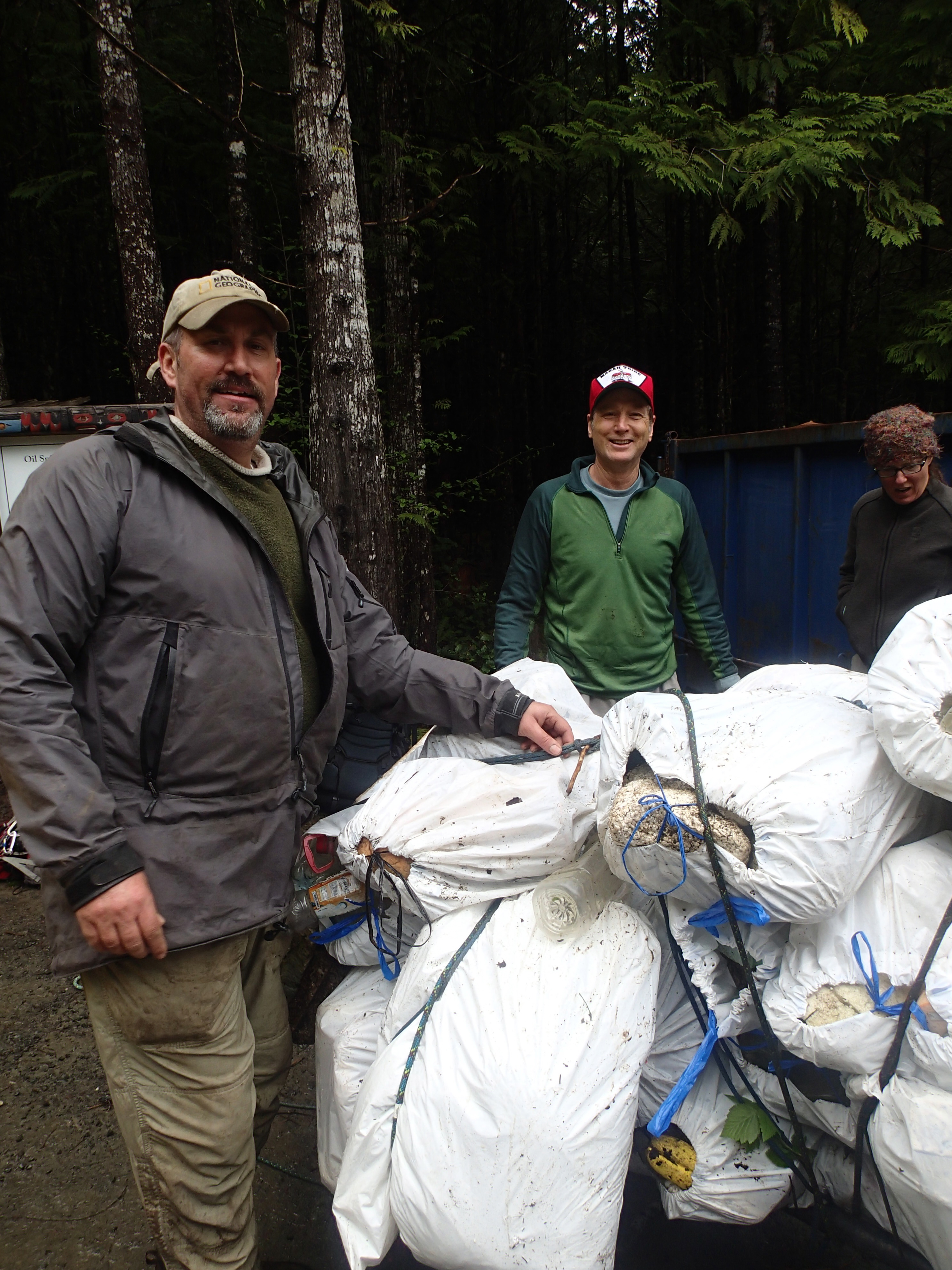 That beach is a special one to us at this point. Because of the initial survey, because we’ve been back a couple of times now and even more so because of the level of effort and pain that we have invested in it. As I was digging through the accumulated trash, scratching and cutting out the tangled ropes and buoys from logs and rocks, I couldn’t help feeling like I was cleaning up a crime scene. This thoughtless dumping of plastic is, in a very real way, a crime. Thousands of pounds of debris were taken off our beach and others up and down the coast on Saturday and that is a good thing. I know, however, that there is more making landfall even now. There is much more that needs to be done.