Just north of the Golden Gate 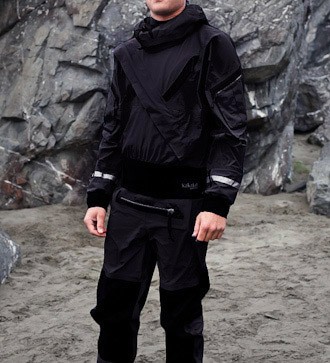 Last year, when we were first putting together the nuts and bolts that would become the Ikkatsu Project, we asked a few companies for their support. Not many… just ones that we knew and trusted already. We didn’t need much, but there were a few things that we asked for and, for the most part, our requests met with approval. For that we are, and continue to be, very grateful.

With this year’s expedition occupying much of our horizon at the moment, we would be remiss if we didn’t give a shout out to Kokatat, our major sponsor for dry suits, PFDs and other paddling apparel. If you are a paddler already, you know who Kokatat is; if you’re not, suffice to say that there is a reason that most kayakers who have been engaged in the sport for longer than 10 minutes think that Kokatat gear is the best. Because it is.

This is not a slam against any other gear that is designed for similar applications. No disrespect is meant by saying this… it is simply fact.

We’ll be wearing a lot of what Kokatat does best when we’re up in Alaska this summer. Meridian dry suits, paddling pants, anoraks, Ronin PFDs… and so on. It is gear you never need to question, dependable and solid, and we are so immensely pleased that they have chosen to be a part of this ongoing project.