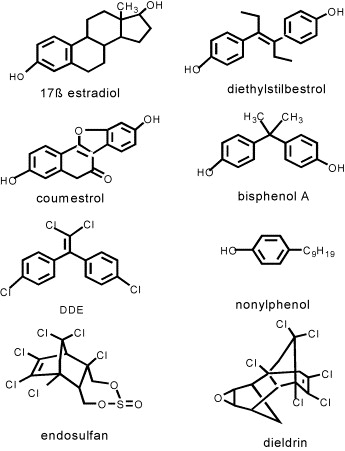 In a recent Senate subcommittee hearing regarding chemical testing and regulation, testimony was given about 10 unique Americans who were found to have more than 200 synthetic chemicals roving through their bloodstreams. Included in the rogue’s gallery of chemical soup were flame retardants, stain removers and pesticides that had been banned more than 30 years ago.

Their exposure to these toxic chemicals had not come from the air that they breathed, the water that they drank or the food that they ate. There was never any question about the places they had lived or the jobs that they may have had that would have exposed them to these chemicals in the first place. No, the fact that their blood resembled a superfund site was never attributed to anything they had done or anywhere they had been.

The reason for this was simple: these 10 Americans were newborns. They had come into the world with these toxic substances already coursing through their veins.

More than 80,000 chemicals are in use today, and the vast majority of them have not been independently tested for safety. The chemical lobby, through its representatives at the American Chemical Council, which represents large chemical manufacturers, says that the problem is overblown. They oppose laws that would govern safety testing, claiming that too much regulation would cripple research and innovation in energy, medicine and agriculture.

Meanwhile, babies are born with sludge for blood.

In the open ocean, marine plastics attract organic poisons like PCBs, DDE and nonylphenols. These chemicals are concentrated in the large debris, that over time, becomes smaller and smaller, until it enters the food chain. The plastic itself represents a problem, interfering with digestion in fish and sea birds, even killing them outright, but the chemicals that hitchhiked on the polymer chunks get right into the bloodstream. That’s where it starts. We’re only now coming to terms with where it goes from there.

Steve and I would like to get our blood tested as we enter into this year’s phase of the project. We’ve got a few leads on labs that do this kind of testing, but no solid commitments as yet. If any of you phlebotomists out there have a lab you know of that would be willing to do a baseline assessment on our corpuscles, please let us know. We’d like to film portions of the procedure and make the results part of the overall study.

» journal » In the blood