The smell of open water

Getting to the launch pad 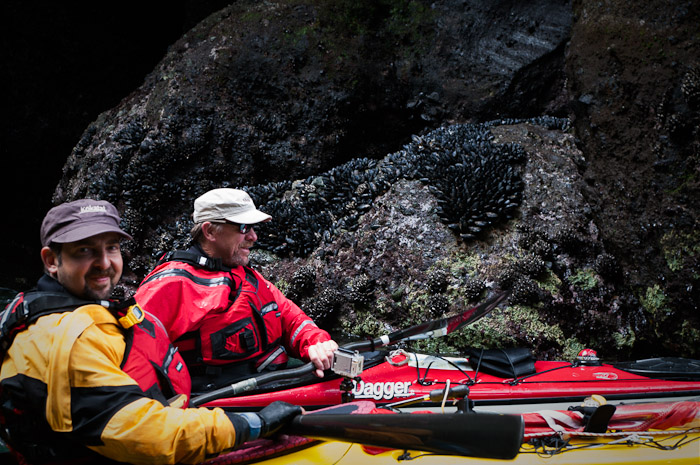 The first leg of the 2012 Ikkatsu Project is in the books. This sea kayak-based survey of the remote beaches of Washington’s Olympic Peninsula is being undertaken to document the accumulation of plastic and other flotsam on wilderness beaches and is specifically aimed at collecting data about incoming tsunami debris. The first segment of the expedition traveled from Neah Bay to Hobuck Beach, via Cape Flattery and Tatoosh Island. Dates were June 10-13.

Paddling conditions started out good, flat seas and only a slight breeze in the straits. That would change over the course of the trip, until on Wednesday, the final day of the leg, when we would find ourselves in 15-foot swells and facing winds of up to 20 knots. At first, however, the going was easy. We picked our way through the rock gardens in the strait and got out to the caves of Cape Flattery with only one stop along the way to do our first I/C (inspection and collection) effort on Warmhouse Beach. 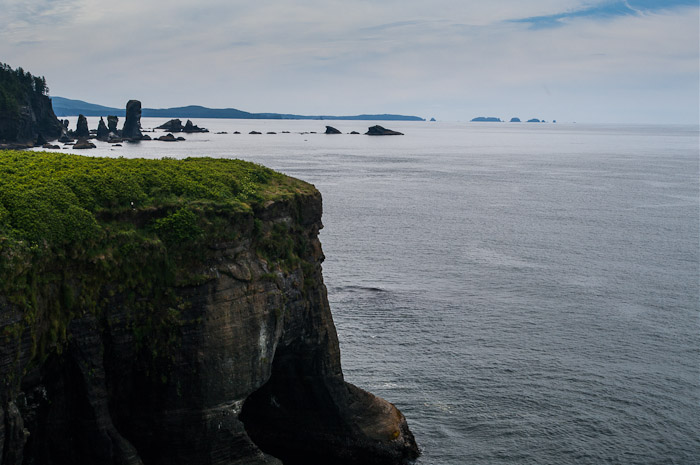 Among the mass of plastic and Styrofoam that we bagged and put up above the high-tide line, we found one lighter (which we’ll send in to see if we can track where it came from), and a container that contained obviously hazardous liquid. (Not sure what it is yet but our first guess is acetone, or something very much like it.) The multitude of similar containers that is expected to hit the shore over the next few years may well constitute the biggest environmental concern of all. We found hazardous items of one kind or another on every beach we surveyed except one.

We were fortunate to get permission to go to Tatoosh Island, at the absolute northwestern edge of the country, which was a rare privilege for which we were most grateful. We did a full survey on the beach there, followed by an I/C on one of the smaller pocket beaches of the island’s west side. Tatoosh is property of the Makah Nation, and access to non-tribal members is extremely limited. As with the other places we made landfall, flotsam was everywhere and most of it was plastic.

We did two Standing Stock Surveys, using established NOAA protocol. In addition to the first, on Tatoosh Island on June 11th, we did another on Cape B Beach (2 miles north of Hobuck), on June 12th. Although there was significant debris on Tatoosh, no hazardous material was located. On Cape B Beach, the debris was larger and more substantial, and several hazardous items (kerosene, acetone) were sampled. We’ll be collating the results of each survey and sending them to the scientists on our advisory team in the next few days. Once samples have been analyzed, we’ll post the details here on the expedition web site. 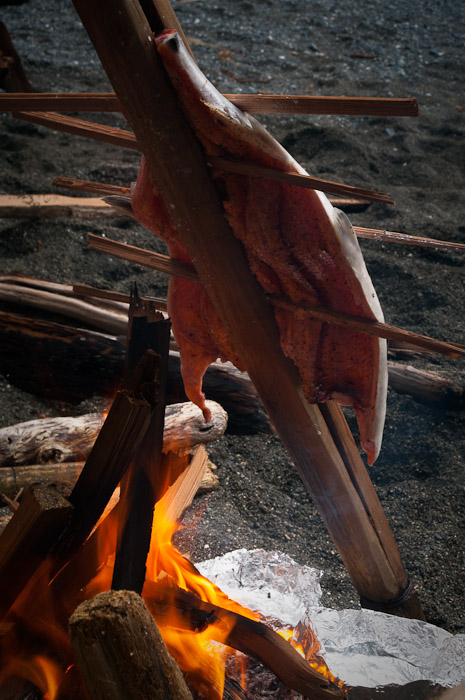 Among the most notable debris was what we suspect is part of a house – including the bathroom – that we came across on Cape B Beach. We found a large quantity of milled lumber, cut to metric dimensions, which was marked with a Japanese stamp and serial number – 5501128. (Preliminary research has suggested that the source of the lumber was originally the Daiwa Pallet Housou Company of Osaka.) The reason we think this was part of a residential bathroom is that we found items consistent with this hypothesis: cough syrup, iodine, a portion of a child’s potty seat, etc. The individual pieces of lumber were in relatively good condition, suggesting that the house, or portion thereof, washed ashore in one piece and then was shattered on the rocks. It was a sobering experience, poking through the remains of what had obviously been someone’s home, deposited roughly and without ceremony here on a cold and rainy beach, 6000 miles away from where it once stood.

We conducted a total of four separate I/C operations on smaller, pocket beaches at various locations. We chose relatively confined areas where we could do an effective clean up with just the three of us. Debris was bagged and collected to a single location above the high tide line and we marked the coordinates so that the debris could be picked up later. An example of what we found – this one from a 25’x35’ pocket beach on the west side of Tatoosh, looked like this:

Over the course of the surveys, a half-dozen lighters were collected. (These are significant because, since butane is a regulated item in Japan, each lighter can be traced to its point of origin, which may aid in determining which debris is verifiably tsunami-related. Radiation testing at several locations revealed no hazards.

The second segment of the Ikkatsu Project (Hobuck Beach to La Push), will run from July 2-11. This segment will examine beaches inside Olympic National Park as well as some that fall within the Makah and Quileute reservations. If the debris that we have encountered so far is any indication, and this is the tip of the iceberg (so to speak), we are in a lot of trouble. This is an Exxon Valdez experience, just without the photos of oil-soaked otters and hay bales on the beach. The main mass is supposed to arrive in October, and all the predictions are that it’s going to be huge. And, if you add “huge” to what is already onshore, the big picture has the look of disaster.

The Olympic coast is an amazing and beautiful place to paddle. We are hoping, against big odds, that it continues to be that way.